Blog | Alphhainc
Home US Who is Joe Neguse? 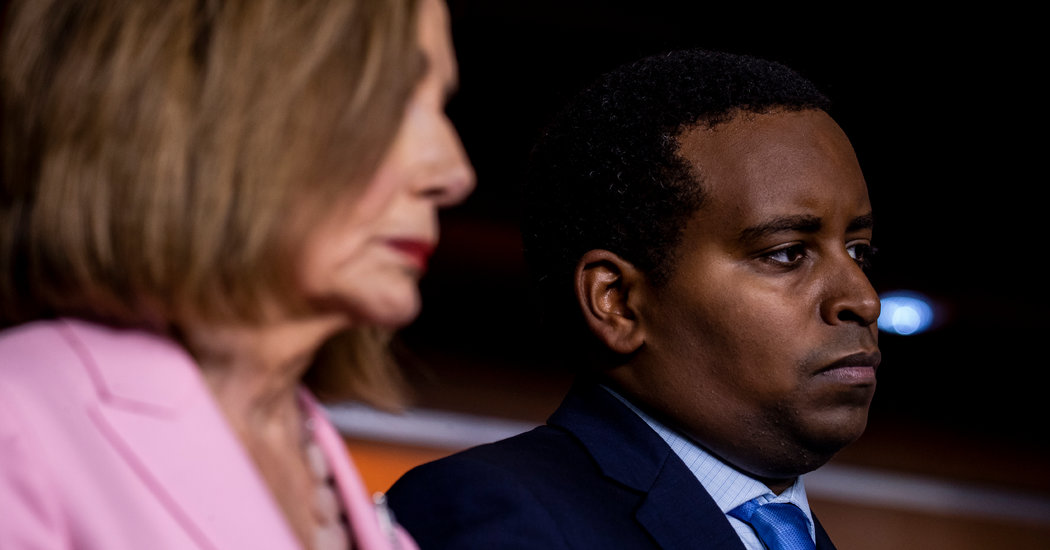 WASHINGTON — Nearly four decades ago, Representative Joe Neguse’s parents fled Eritrea and came to the United States as refugees, eventually settling in Colorado to raise their son and daughter.

Now Mr. Neguse, Democrat of Colorado and the first African-American to represent the state, will be an impeachment manager, presenting the case for President Trump’s removal from office before the Senate.

“If Congress does not act,” he told colleagues on Wednesday on the House floor before the impeachment vote, “if we shrink from our constitutional responsibilities to defend our republic, it will undoubtedly undermine the vision of America as the last best hope of earth,” quoting Abraham Lincoln.

In an interview after the House impeached Mr. Trump for the second time, Mr. Neguse evoked his parents as he spoke about “the need to secure those freedoms that have given so many so much.”

“It’s only because of the incredible freedoms and opportunities we have that they were able to leave the American dream,” said Mr. Neguse. “It was very important for me, given everything this country has given me, my family, my parents, that I pay it forward.”

Mr. Neguse, 36, had been an early advocate of bringing charges against Mr. Trump and supported impeachment in the Russia and Ukraine matters since shortly after he was elected in 2018. At the time, he was a representative for the freshman class in Speaker Nancy Pelosi’s leadership circle. He is a member of the House Judiciary Committee and the Progressive Caucus.

When the Judiciary Committee debated the two articles of impeachment against Mr. Trump in 2019, Mr. Neguse said he thought of his infant daughter, Natalie, as he deliberated on how he would vote.

“She’s not old enough to understand the proceeding before us today,” Mr. Neguse said at a hearing about the impeachment articles. “But one day she will be, and I hope she will know that this Congress had an obligation to defend our democracy, to honor our oaths and to uphold the rule of law.”

As an undergraduate at the University of Colorado Boulder, Mr. Neguse was a campus leader, becoming active in student government and starting an organization dedicated to getting young people involved in politics. He graduated from the University of Colorado Law School, where he was elected to serve on the school’s Board of Regents, the second African-American to hold the post of regent in Colorado’s history.

At 29, he ran for secretary of state in Colorado and narrowly lost. After a brief stint at a politically oriented Colorado law firm, he was appointed to lead the state’s consumer protection agency.

Mr. Neguse announced his candidacy after Mr. Trump’s victory and went on to win his election in a House district that is more than 90 percent white. He was re-elected in the November election.