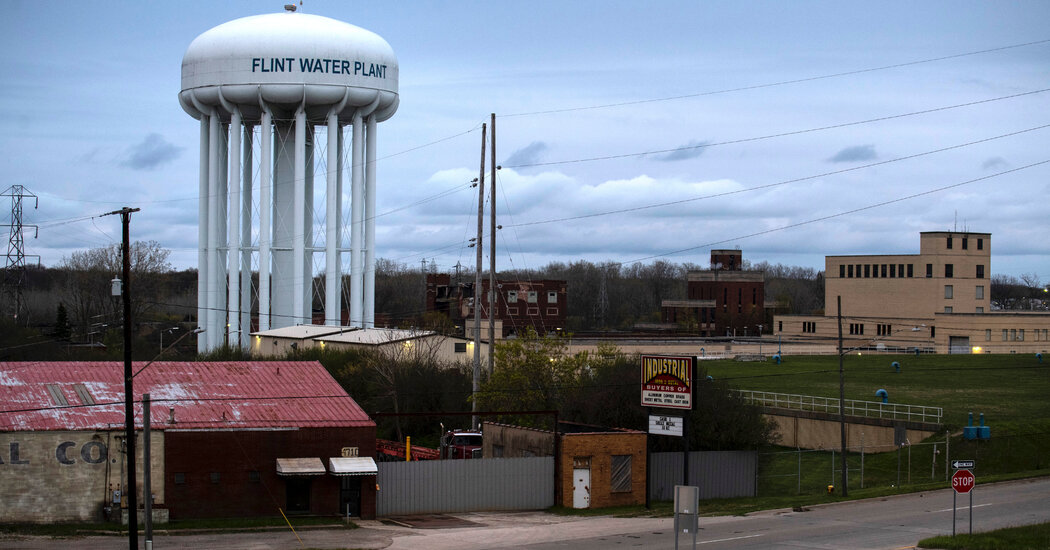 Rick Snyder, the former governor of Michigan who oversaw the state when a water crisis devastated the city of Flint, has been charged with two counts of willful neglect of duty, according to court records.

The charges are misdemeanors punishable by imprisonment of up to one year or a maximum fine of $1,000.

Prosecutors in Michigan will report their findings in a wide-ranging investigation into the water crisis on Thursday, officials said, a long-awaited announcement that is also expected to include charges against several other officials and top advisers to Mr. Snyder.

Charges had previously been filed in connection to the crisis, which began in 2014, but in June 2019, prosecutors stunned Flint by dropping all pending charges.

Fifteen state and local officials, including emergency managers who ran the city and a member of the governor’s cabinet, had been accused by state prosecutors of crimes as serious as involuntary manslaughter. Seven had already taken plea deals. Eight more, including most of the highest-ranking officials, were awaiting trial.

Brian Lennon, a lawyer for Mr. Snyder, said on Wednesday evening, “We believe there is no evidence to support any criminal charges against Gov. Snyder.”

He added that lawyers for the former governor have sought a confirmation of charges — or a copy of them — but have yet to receive them from prosecutors.

Randall Levine, a lawyer for Richard L. Baird, a former top adviser to Mr. Snyder, said on Tuesday that he was informed this week that Mr. Baird would be among the people facing charges connected to the water crisis.

“At this time, we have not been made aware of what the charges are, or how they are related to his position with former Michigan Governor Rick Snyder’s administration,” Mr. Levine said. “Rich’s relationship with the Flint community has always been strong. When the Flint water crisis hit, he wasn’t assigned by Governor Snyder to go to Flint, but rather he raised his hand and volunteered.”

In 2016, Mr. Snyder offered an apology for what had happened, but for many residents in Flint, it did not go far enough.

“He pushed this whole thing to the side, and he pushed people to the side,” said Floyd Bell, a Flint resident whose two small grandchildren were poisoned by lead when they were babies and still struggle developmentally. “If he was truly aware of what was going on, he should be held accountable.”

Dr. Mona Hanna-Attisha, a Flint pediatrician who warned officials about lead in the drinking supply, said that the prospect of new charges was a reminder that “accountability and justice are critical to health and recovery.”

“This news is a salve, but it isn’t the end of the story,” she said in an email. “Healing wounds and restoring trust will take decades and long-term resources.”

Melissa Mays, one of the first people in Flint to draw attention to the problems with the city’s water, said that given the silence from the attorney general’s office for more than 18 months, she was apprehensive that the charges would go far enough.

“We in Flint have been living in prison for the past almost 7 years and being forced to pay for water that’s still being piped through corroded and damaged infrastructure in the streets and in our homes while the people responsible have been walking free,” she wrote in an email. “We in Flint deserve REAL justice and that means wealthy, white politicians and agency heads going to jail for their actions and inaction that’s caused so much harm and loss to us.”