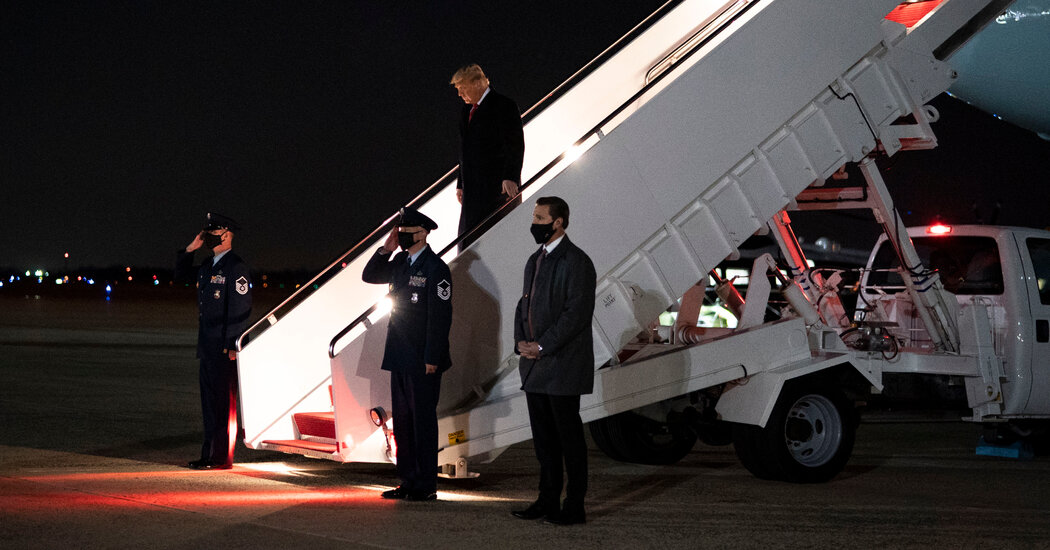 YouTube said on Tuesday that it had suspended President Trump’s channel over concern about “ongoing potential for violence,” in the latest move by one of the large tech companies to limit the president online.

In a tweet on YouTube’s official account, the Google-owned video site said it had suspended Mr. Trump’s account after one of his recent videos violated its policy banning content that spreads misinformation about widespread election fraud. YouTube said Mr. Trump would not be able to upload new content for at least seven days to his channel, which had about 2.8 million subscribers. YouTube also said it was indefinitely disabling comments on the video in question.

It was not immediately clear which video resulted in the suspension of the president’s account.

Many tech companies have moved to curtail Mr. Trump online since he urged on a violent mob of his supporters, who stormed the Capitol last week. In the aftermath, Facebook suspended the president from its core social network as well as on Instagram, at least until the end of his term. Twitter followed suit by permanently barring Mr. Trump’s account on its service, depriving him of his favorite social media platform, where he had 88 million followers. Other sites such as Snapchat, Reddit and Twitch also curtailed Mr. Trump.