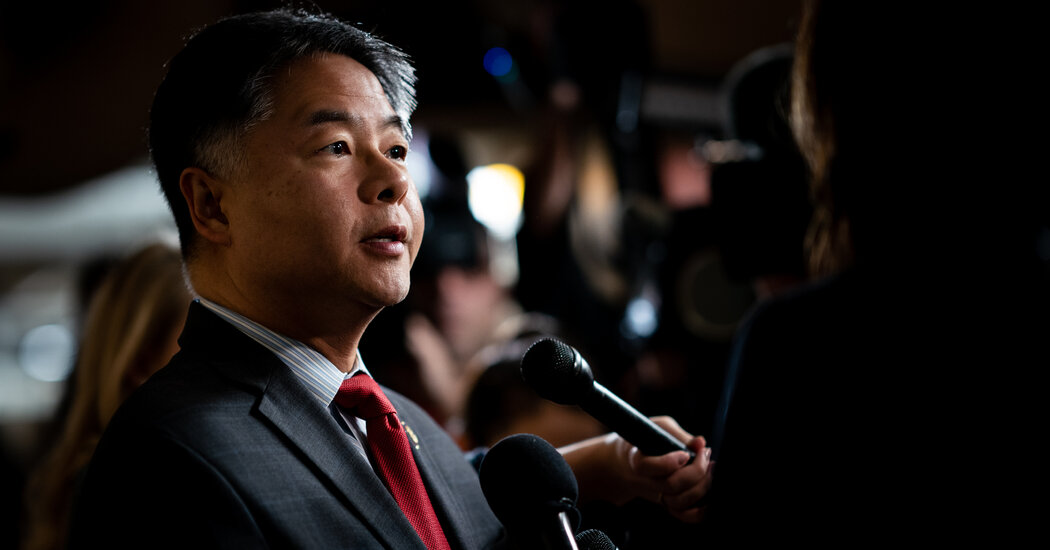 WASHINGTON — During the long hours of chaos on Jan. 6 as a violent pro-Trump mob took over the Capitol, Representative Ted Lieu, who was sheltering inside the building, began drafting an article of impeachment against President Trump.

Mr. Lieu sponsored the article of impeachment with Representatives David Cicilline of Rhode Island and Jamie Raskin of Maryland, two fellow Democrats. Speaker Nancy Pelosi of California then chose him to serve as an impeachment manager in the second impeachment case against Mr. Trump.

First elected to Congress in 2014 to represent the wealthy suburbs west of Los Angeles, Mr. Lieu has become known for his sharp criticism of Mr. Trump on his personal Twitter account, which has made him popular among Democrats online. His tweets regularly rack up thousands of interactions.

“We must impeach Trump,” Mr. Lieu wrote hours after the attack on the Capitol. He added that to not do so would mean Congress had “failed our country.”

Mr. Lieu was 3 years old when his family immigrated to the United States from Taiwan, where he was born. He has described his family being the target of racism while he was growing up in a largely white community in Cleveland. But Mr. Lieu cites the perseverance of his parents, who did not speak English and struggled to make ends meet when they arrived in the United States, as an inspiration. His parents eventually became the owners of a range of gift shops, where Mr. Lieu and his brother would work.

In Congress, Mr. Lieu serves on the House Judiciary and Foreign Affairs Committees.

He studied computer science and political science at Stanford University and later graduated from Georgetown University with a law degree and was the editor in chief of its law review. He joined the Air Force as part of the Judge Advocate General’s Corps, which oversees the administration of justice and ethics. Mr. Lieu is still a member of the Air Force Reserve.

He previously served as an environmental quality commissioner and on the City Council in Torrance, Calif., before being elected to the California State Assembly in 2005 and the State Senate in 2011.