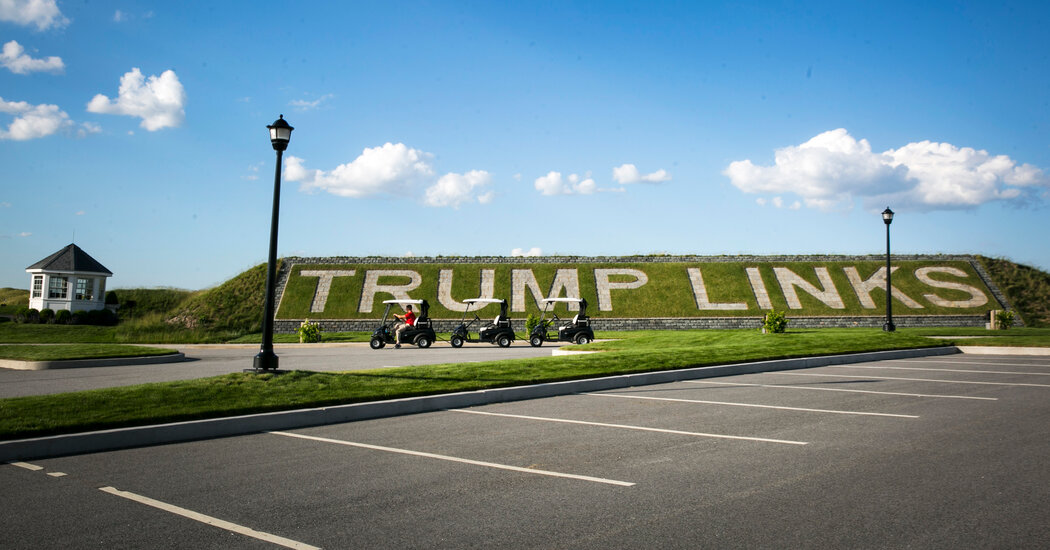 Mr. de Blasio, who has repeatedly condemned President Trump’s role in the violent siege, said his legal team was assessing the city’s options.

“We are looking at that very, very carefully and very quickly,” Mr. de Blasio said when asked about the contracts at a news conference. “The president incited a rebellion against the United States government — clearly an unconstitutional act and people died. That’s unforgivable.”

It is not the first time the city has examined the Trump Organization’s contracts with the city, which include running two ice skating rinks at Central Park and the Trump Golf Links at Ferry Point, a city-owned golf course in the Bronx. Mr. de Blasio reconsidered those contracts after Mr. Trump’s former lawyer Michael Cohen pleaded guilty to breaking campaign finance laws in 2018.

Mark Levine, a Democratic city councilman who represents a slice of Upper Manhattan, has long supported cutting the city’s ties with the Trump Organization.

“It’s been a no-brainer for years, but it would be beyond outrageous if even now we allow him to continue to profit off those businesses, which are on public property that is our sacred public green space,” Mr. Levine said.

Mr. Levine, who chaired the Council’s parks committee, said he believed the city had the legal grounds to terminate the contracts because they were “at will” agreements that could be ended with 30 days’ notice. There is also a business rationale, he argued. Even before the pandemic, the concessions run by the Trump Organization were not doing well, he said.

“They’ve been underperforming so the city is getting a worse and worse deal out of it,” he said. “People are avoiding these places because of the Trump name.”