Blog | Alphhainc
Home US Meet the House G.O.P. Freshmen Emerging as Some of the Party’s Sharpest... 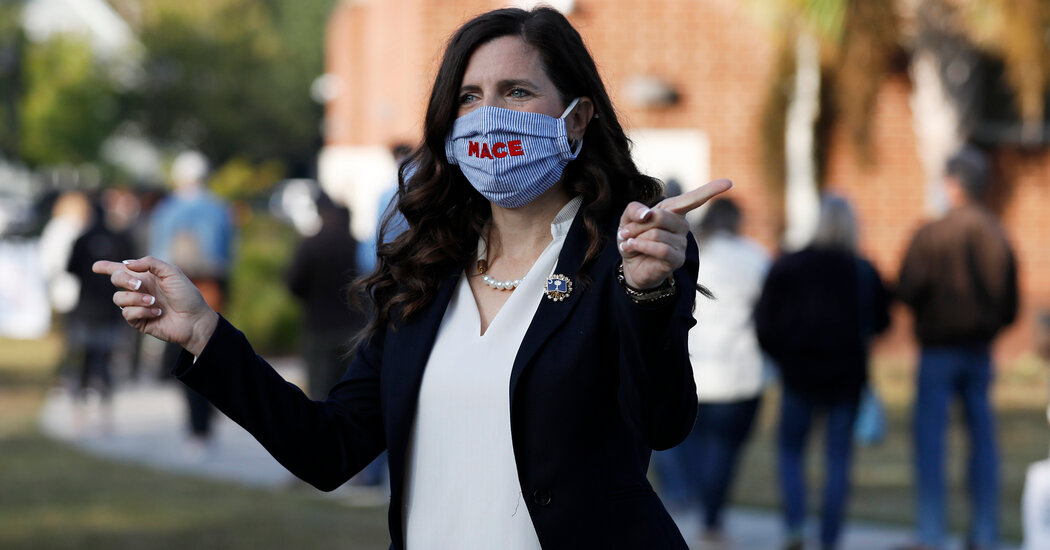 WASHINGTON — Three days after Representative Peter Meijer was sworn into office, facing down a mob of violent rioters and a constitutional test, he broke with his party’s leaders and a majority of his Republican colleagues and voted to certify President-elect Joseph R. Biden Jr.’s victory.

Now, less than a week later, Mr. Meijer, a freshman lawmaker from Michigan, is considering breaking what has been the guiding orthodoxy of his party — loyalty to President Trump — and voting to impeach its leader.

“What we saw on Wednesday left the president unfit for office,” Mr. Meijer said.

Most of Mr. Meijer’s colleagues in the freshman House Republican class voted last week to overturn the election results, and some of the loudest in his cohort have rushed to embrace and elevate the president’s inflammatory brand of politics and conspiratorial impulses. But just over a week into his term, Mr. Meijer is among a handful of Republican newcomers who have emerged as leading voices calling for a partywide reckoning after the deadly riot incited by Mr. Trump even as most of their own conference’s leaders shy away from such talk.

The blunt, chastening language of Mr. Meijer and his fellow freshman Representative Nancy Mace of South Carolina, in particular, has dramatized in one freshman class the vast gulf between the dueling wings of a conference fractured by the departing president’s demand for total loyalty.

Ten freshman Republicans, most of them from swing districts, banded together to uphold the election out of a cohort of more than 40 lawmakers. On Wednesday, some, like Representative Ashley Hinson of Iowa, took to Twitter to urge Mr. Trump to address the nation “and call for an end to this violence and disruption to our democratic process.”

On Tuesday, as Representative Marjorie Taylor Greene, a QAnon-backing freshman Republican from Georgia, thanked her supporters on Twitter for sending “INCREDIBLE amounts of support to me for standing strong in my objection on behalf of Republican voters who feel the election is wrong,” her colleagues were condemning the drive and pressing the party to put an end to such claims.

“We have to take a take a cold, hard look at ourselves and recognize that this is a real problem for our party,” Ms. Mace said in an interview. “We reap what we sow. We saw and heard the violent rhetoric at the rally and look what ended up happening.”

On a call among Republican House members on Monday, Representative Lauren Boebert of Colorado, a hard-right freshman, suggested that some U.S. Capitol Police officers were participants in the riot. Ms. Mace shot back that she was disappointed the party was being led by conspiracy theorists, a swipe at approving comments Ms. Boebert and others in the conference previously made about QAnon.

The past week has offered something of a nightmarish orientation for the Republican freshman class. They have, both publicly and privately, expressed fury at their colleagues for emboldening rioters with bellicose language — and for following through on their pledges to throw out millions of lawfully cast ballots even after insurrectionists stormed the Capitol. Some are now themselves facing threats, and Mr. Meijer said in an op-ed in The Detroit News that he regretted not bringing his gun to Washington.

Representative Tony Gonzales, Republican of Texas and a former Navy officer who voted to uphold the election, recounted to a local television station how he and other freshmen had tried to barricade the doors to the House chamber as the mob grew closer to reaching them.

“Wow, wouldn’t this be something,” Mr. Gonzales recalled thinking. “I fight in Iraq and Afghanistan just to be killed in the House of Representatives.”

“I was so distraught and distressed,” Ms. Mace said in an interview the day after the riot. “I woke up more heartbroken today than I was yesterday. More shocked, but also angrier than I was before. Pissed off that we allowed this to happen.”

In an interview, Mr. Meijer recalled a conversation he had with a Republican colleague who believed voting to certify the election was the right thing to do, but feared that making such a move would endanger family members’ safety. Mr. Meijer described watching the lawmaker glued to one spot on the House floor for minutes, voting card in hand, contemplating what to do. The lawmaker eventually voted to overturn the election.

The vote, he said, instantly drew a clear “fault line” through the conference: between those who voted to uphold the election, and those who “knew what the most expedient vote was.”

That fault line has extended through the conference’s leadership. Representative Liz Cheney of Wyoming, the No. 3 Republican, announced on Tuesday that she would vote to impeach Mr. Trump, becoming only the second House Republican to do so and the first member of leadership to make such an announcement. Representative Kevin McCarthy of California, the minority leader, and Representative Steve Scalise of Louisiana, the minority whip, both voted to overturn the election results.

“There has never been a greater betrayal by a president of the United States of his office and his oath to the Constitution,” Ms. Cheney said in a statement.

Ms. Cheney’s announcement will no doubt provide political cover for other Republicans in the conference to follow suit. In the days before the vote, Ms. Cheney circulated a 21-page memo warning Republicans that objecting to the results would “set an exceptionally dangerous precedent,” and as the tear gas cleared last Wednesday, she explicitly blamed Mr. Trump for the violence in remarks that other Republicans, including Ms. Mace and Mr. Meijer, began to echo.

“Every accomplishment that the president had over the last four years has been wiped out,” Ms. Mace said on Fox News. “The outcome of the rally, some of the rhetoric, led to that violence.”