Blog | Alphhainc
Home US Making Sense of the Capitol Attack 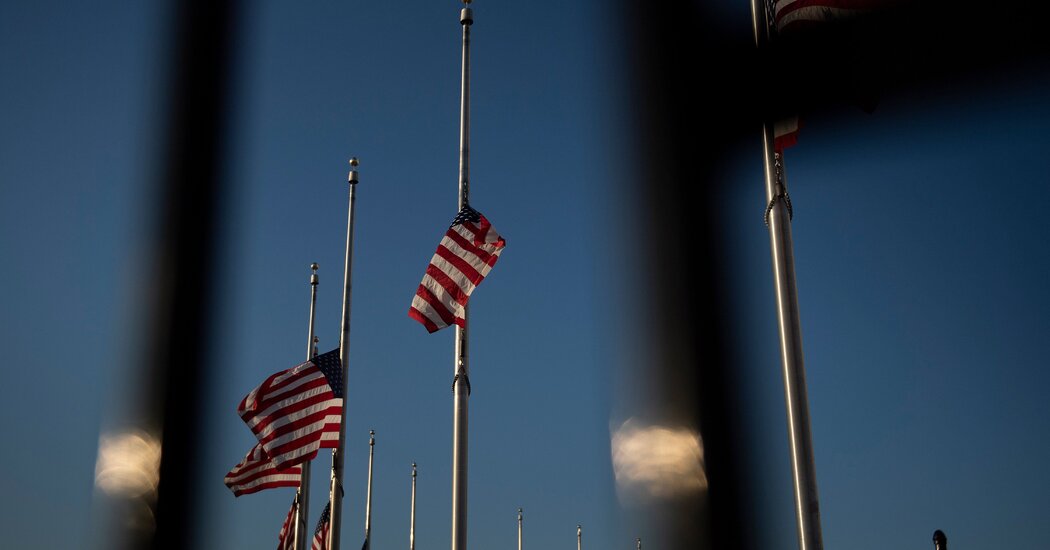 The images of a pro-Trump mob overwhelming the Capitol on Jan. 6 have been seared into our minds over the past week.

Now, as the country — along with officials in state capitals — braces for the possibility of more violence ahead of Joseph R. Biden Jr.’s inauguration, we’re left struggling with painful questions about what’s ahead for our democracy and, in particular, for our democracy in California.

[See a visual investigation into how a presidential rally turned into a Capitol rampage.]

On Tuesday, I talked with Lawrence Rosenthal, chair of the Center for Right-Wing Studies at the University of California, Berkeley, who has studied U.S. militia movements.

What was going through your mind on Jan. 6? And emotionally, how did you feel?

It was very powerful for me. My book is about populism’s embrace of toxic nationalism. So most of that book and most of my work is devoted to trying to make sense of how to deal with the extreme right.

In the last chapter, I talk about the response of blue America to the Trump election and this sense of malaise that arose — it was hard to put your finger on, but it was about taking for granted the existence of liberal democracy.

What happened emotionally for me and others, I think, on Jan. 6 was we got a sense of the depth at which we do have feelings about American democracy, and the very symbolic center of that was under siege.

And when you say taking for granted liberal democracy, just to clarify, you mean things like a peaceful transition of power …

Yes, exactly, that’s part of it.

But also along the way, there have been things like depriving people of any rights — at the southern border, depriving children of their parents. There was the arrival in power of a president who set himself as up as not only the ally of the militia right in this country, but almost as their leader.

A president whose administration aligns itself with vigilante justice is something extraordinary. Its predecessor in America is the K.K.K. with the Democratic Party in the Jim Crow South: It’s: “We are prepared to countenance as a political party our people out in the streets, in uniforms — however cockeyed those uniforms may be.” It’s: “We will get our way or we will loose our people to either stop the functioning of the government — in this case, counting the vote — or we will beat you up in the streets.”

I wanted to ask about how you see that dynamic playing out in local governments, particularly in California, or rural California. The Los Angeles Times reported recently on open threats against members of the Shasta County board of supervisors by Trump supporters who are angry about pandemic restrictions. What do you make of that?

The thing about California, that very, very famous blue state, is that there is still an enormous population of red America in California.

The “State of Jefferson” is a concept that has been around and periodically gets new life. It’s an argument to separate from the state of California.

It had a considerable period in which it organized around restrictions on the logging industry, but in the Trump era, the State of Jefferson and allied groups in California have become, as militias throughout the United States have become, very Trumpian.

All these militia groups had no role in national politics. Some were in regional politics, like David Duke running for Senate in Louisiana. Then, suddenly in 2016, somebody at the level of presidential politics is talking their language in the way that was so electrifying. So then, you get Charlottesville, and you’ve got the “alt-right.”

[Read more from 2017 about resistance against the “tyranny” of the urban majority in the far northern part of California.]

They morphed in 2020, with the succession of major events like the first lockdowns, which went right to the heart of historical antigovernment right-wing militias. The anti-lockdown demonstrations were followed immediately by the George Floyd demonstrations, and then they converged on the third such major event, which is the “Stop the Steal” movement.

If so, it will be a potent rallying force for keeping the right-wing militias in American politics.

So if we look at California as a microcosm, do you think those kinds of antigovernment militias or that movement will grow, if not at the state level, at the local level?

I think the success — if you want to understand it that way — at the local level is going to vary directly with the success at the national level.

What about political repercussions for California Republicans like the House minority leader, Kevin McCarthy, or Representative Devin Nunes for their support of the president even after his actions last week?

So it is striking that in November, there was a kind of resurrection of the Republican Party in California, like the redeemed force in Orange County.

But the profound split is in the Republican Party. It has split Mike Pence absolutely down the middle — as a single individual, it’s sort of a metaphor for the whole party.

So what happens to the California Republican Party will follow from how that sorts itself out, and it’s going to be complicated.

It is to some extent an unprecedented situation. It is, at least in my lifetime. And I’m no spring chicken.

[If you missed it, read about California reactions to the siege of Congress.]

Do you think the fact that California, at least at the state level, is sort of aggressively Democratic will make a desire to hold Republican leaders accountable a greater factor here?

No, I don’t think so. Partly because this has never happened before. But California is not in the forefront of clamping down on the illegal actions of the right wing.

You’ve been studying right-wing groups for a long time. So do you have any last thoughts — things you want Americans to know?

This kind of antigovernment, white nationalism and so forth — it’s not going to go away with Trump. We’re not going to put the toothpaste back in the tube.

(This article is part of the California Today newsletter. Sign up to get it delivered to your inbox.)

Here’s what else to know today

Read more about the indefinite extension of the order for the state’s southern region and San Joaquin Valley. [The New York Times]

Legal challenges to ballot initiatives are common. Read more about why. [The New York Times]

California Today goes live at 6:30 a.m. Pacific time weekdays. Tell us what you want to see: CAtoday@nytimes.com. Were you forwarded this email? Sign up for California Today here and read every edition online here.

Jill Cowan grew up in Orange County, graduated from U.C. Berkeley and has reported all over the state, including the Bay Area, Bakersfield and Los Angeles — but she always wants to see more. Follow along here or on Twitter.

California Today is edited by Julie Bloom, who grew up in Los Angeles and graduated from U.C. Berkeley.

China Sends Warplanes to Taiwan Strait in a Show of Force...