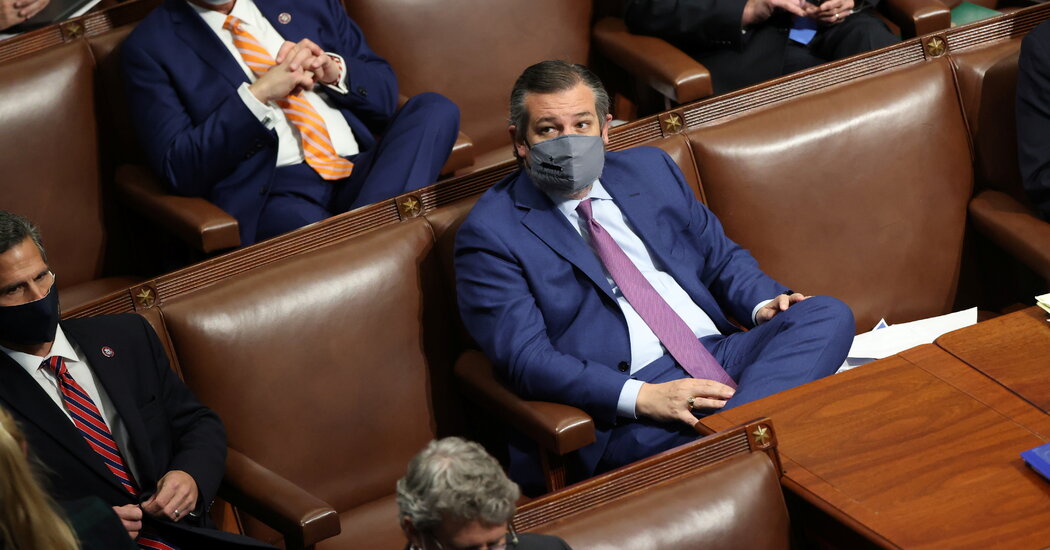 “Senator Cruz and Lauren agreed that it would be best to part ways,” the office said in a statement. “He thanks her for her service and wishes her the best.”

A person familiar with Ms. Bianchi’s decision said she had made it because of Mr. Cruz’s actions last week, when he and Senator Josh Hawley of Missouri formally challenged President-elect Joseph R. Biden Jr.’s victories in Arizona and Pennsylvania, promoting false claims of election fraud even as a pro-Trump mob motivated by those claims stormed the Capitol.

Ms. Bianchi, who did not respond to an email seeking comment on Tuesday, “was unhappy with the direction the office had taken,” the person familiar with her decision said.

The events of last week sent a shudder through Mr. Cruz’s and Mr. Hawley’s offices, with many staff members, especially junior aides, discussing whether their bosses’ behavior should compel them to quit, according to several aides close to both offices.

So far, Mr. Hawley, who has sought to reassure his aides, has not suffered any defections. The atmosphere is more tense in the office of Mr. Cruz, who is known to cycle through staffers even during calmer times.

At least one prominent former supporter of Mr. Cruz — the chairman of his 2016 presidential campaign, Chad Sweet — has also broken with him since the attack on the Capitol, and he and Mr. Hawley have become increasingly isolated even within the Senate Republican caucus.

“Donald Trump and those who aided and abetted him in his relentless undermining of our democracy — including Senators Josh Hawley and Ted Cruz — must be denounced,” Mr. Sweet wrote in a statement on Friday. “In particular, I made it clear to Senator Cruz, whom I have known for years, before the joint session of Congress, that if he proceeded to object to the electoral count of the legitimate slates of delegates certified by the states, I could no longer support him.”

In the House, a senior Republican aide on the Armed Services Committee also resigned, calling out lawmakers on the panel who had voted to overturn the election on Wednesday hours after the rioters stormed the Capitol.

“Anyone who watched those horrible hours unfold should have been galvanized to rebuke these insurrectionists in the strongest terms,” the aide, Jason Schmid, wrote in a searing resignation letter. “Instead, some members whom I believed to be leaders in the defense of the nation chose to put political theater ahead of the defense of the Constitution and the Republic.”

He called the Republicans who objected to the election results “congressional enablers of this mob” who had “made future foreign conflict more likely, not less.” The letter, sent to committee staff members and obtained by The New York Times, was first reported by Politico.

Mr. Schmid reported to Representative Mike Rogers of Alabama, the highest-ranking Republican on the committee, who voted to reject the election results. He had also worked closely with Representative Elise Stefanik of New York, a rising Republican star who also voted to overturn the results and was removed on Tuesday from a Harvard political advisory committee.