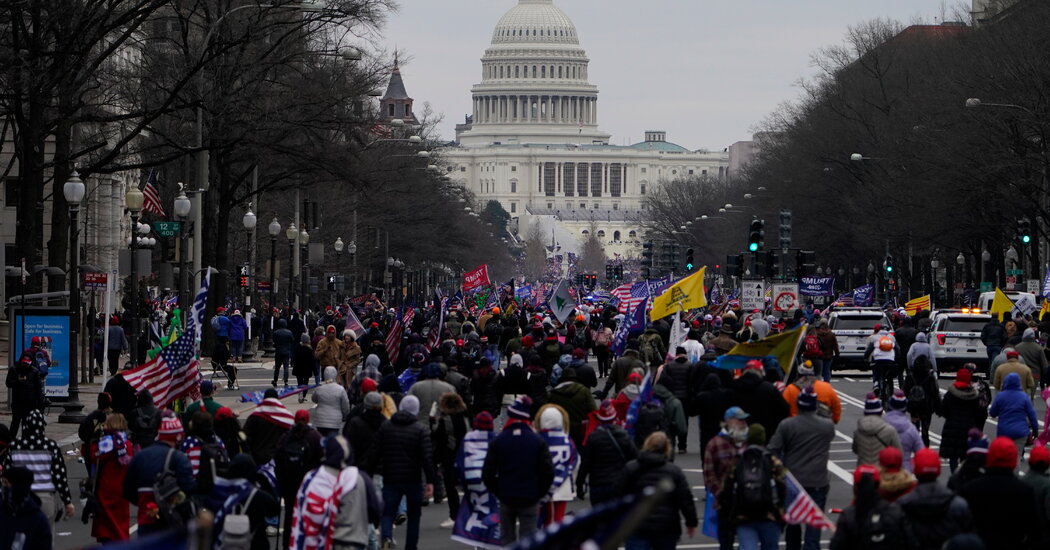 F.B.I. officials in Virginia wrote a stark warning the day before a mob attacked the Capitol last week, raising alarms about the threat of violence, according to a law enforcement official.

The report was produced Jan. 5 by the F.B.I.’s Norfolk office in southern Virginia and sent to the bureau’s Washington Field Office, where it was passed on to other law enforcement agencies, the official said. It was not clear which agencies received it.

The report mentioned people sharing a map of tunnels at the Capitol complex and possible meet-up points in Kentucky, Pennsylvania, Massachusetts and South Carolina before traveling to Washington, according to The Washington Post, which first reported on the F.B.I. document.

“Get violent. Stop calling this a march, or rally, or a protest,” the document said, according to The Post. “Go there ready for war. We get our President or we die. NOTHING else will achieve this goal.”

Officials cautioned the information in the Norfolk report was uncorroborated and the portion that quoted “war” appeared to come from a single online thread.

Nonetheless, the report is likely to put the F.B.I. on the defensive with members of Congress and the public demanding answers about why the bureau and other federal agencies were not more prepared for the protests and mob attack, where at least five people died during the violence and in its immediate aftermath.

Supporters of President Trump had descended on Washington to protest Congress’s ceremonial certification of the Electoral College after weeks of his baseless claims of election irregularities.

Last week, Steven D’Antuono, the head of the F.B.I.’s Washington Field Office, told reporters there was no indication that the day’s events would spiral out of control. He said the F.B.I. saw nothing ahead of time beyond First Amendment-protected activities, which can include protests and even hate speech.

He said the F.B.I. had worked closely with its partners before the Trump supporters, who had come to the Capitol to protest the election results, turned violent.

Since the mob attacked the Capitol, the F.B.I. appears to have taken a more aggressive approach to releasing information to other law enforcement agencies. On Sunday, the F.B.I. warned local law enforcement partners that armed protests were being planned in all 50 state houses and the U.S. Capitol. The warning also included information about an unidentified group calling for others to join them in “storming” state, local and federal courthouses if Mr. Trump was removed as president before Inauguration Day.