Blog | Alphhainc
Home US Arrests have climbed in the days since the Capitol was overrun. 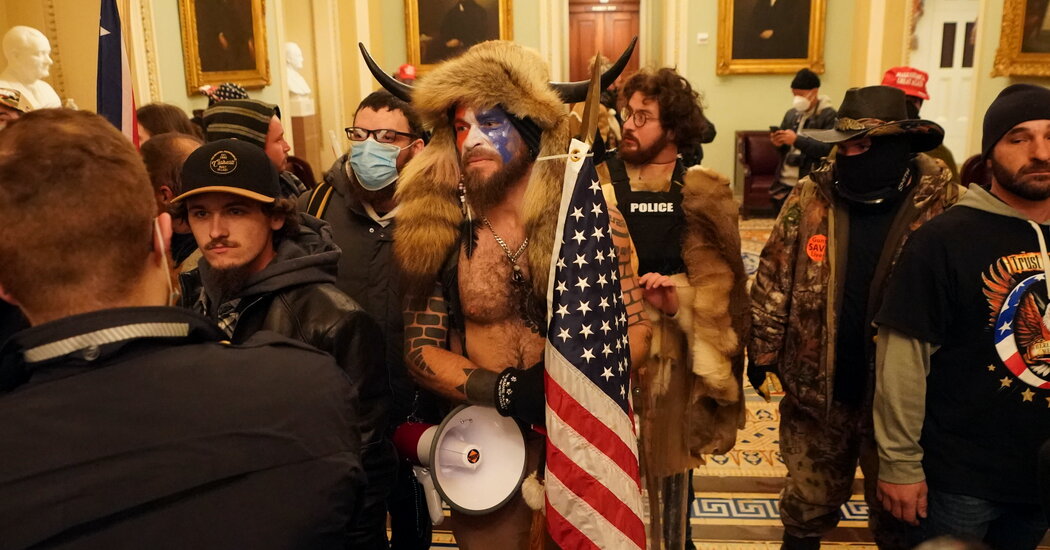 In the days since a mob of Trump supporters stormed the U.S. Capitol, federal and local authorities have arrested almost 100 people who they said were involved in the attack.

More arrests are expected as investigators scrutinize photographs, videos and social media posts to identify the protesters. The F.B.I. has received more than 40,000 tips, including photos and videos, a number that does not include tips that people have submitted by phone.

On Wednesday throngs of people forced their way through barricaded doors and smashed windows as they overran the Capitol, forcing lawmakers to flee. Many of the rioters, unmasked and posting prolifically on social media, were quickly identified by the authorities with the help of an online Army of amateur sleuths. According to the F.B.I., one man was identified by his ex-wife.

The growing list of people arrested after the event includes a state representative, a former Air Force lieutenant Colonel, and the CEO of a data analytics firm. They converged on Washington from cities and rural crossroads in red and blue states.

Among those arrested were Jake Angeli, a well-known conspiracy theorist from Arizona whose real name is Jacob Anthony Chansley. Mr. Angeli entered the Capitol on Wednesday shirtless, with his face painted red, white and blue, and wearing a fur headdress with horns. He also carried a spear, about six feet long, with an American flag affixed just below the blade, according to the Justice Department.

Adam Johnson, 36, of Parrish, Fla., was arrested by U.S. marshals on Friday night after a widely circulated photograph showed him smiling and waving as he hauled off Speaker Nancy Pelosi’s lectern.

Richard Barnett, 60, of Gravette, Ark., who was photographed sitting with his feet on a desk in Ms. Pelosi’s office, was arrested on Friday in Bentonville, Ark.

Two men who were photographed in the Senate chamber in military gear and carrying zip ties were taken into custody in Tennessee and Texas on Sunday.

Also arrested Saturday was Doug Jensen, 41, who worked for a masonry company in Des Moines. Mr. Jensen was filmed wearing a QAnon T-shirt while chasing a Black police officer up a stairway in the Capitol.