Blog | Alphhainc
Home US Will the Patriots’ Belichick Accept the Presidential Medal of Freedom? 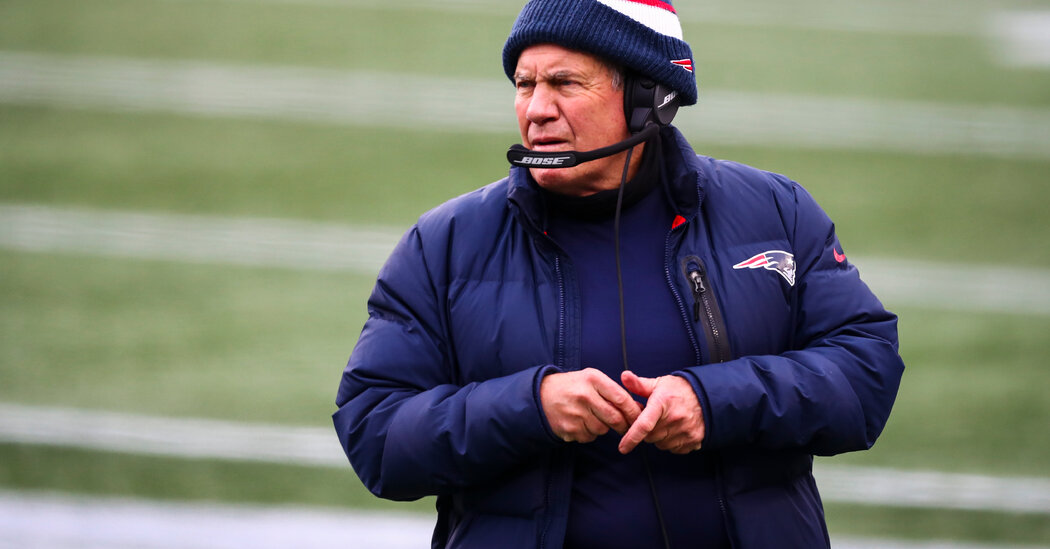 President Trump’s plan to give Bill Belichick, the New England Patriots coach, the Presidential Medal of Freedom has set off questions about whether Belichick will accept the award after the riots at the Capitol.

There have been calls for Belichick to decline the award, including on Monday from Representative Jim McGovern, Democrat from Massachusetts, who called accepting the award “disgraceful.”

“Bill Belichick should do the right thing and say, ‘No thanks,’ he told CNN.

Mr. Trump, who leaves office in less than two weeks, has been long been associated with the Patriots. Before he was elected in 2016, he regularly attended the team’s home games as a guest of Robert K. Kraft, the Patriots’ owner. Belichick publicly supported the president when he ran for office, and even wrote a letter to the president, who read it aloud at a campaign rally just before Election Day. The team’s former quarterback, Tom Brady, played golf with Trump and had a campaign cap in his locker.

But Trump’s divisiveness has repeatedly put the Patriots in an awkward position, particularly in 2017, when the president repeatedly criticized the N.F.L. and its owners for not firing players who knelt during the playing of the national anthem to protest social injustice and police brutality.

The team accepted an invitation to visit the White House in 2017 after winning the Super Bowl, but before the president attacked the league. Two years later, after the Patriots won another title and many players publicly opposed the president, they did not make the trip to Washington because of what they said were scheduling conflicts.

The team did not respond to a request seeking comment.