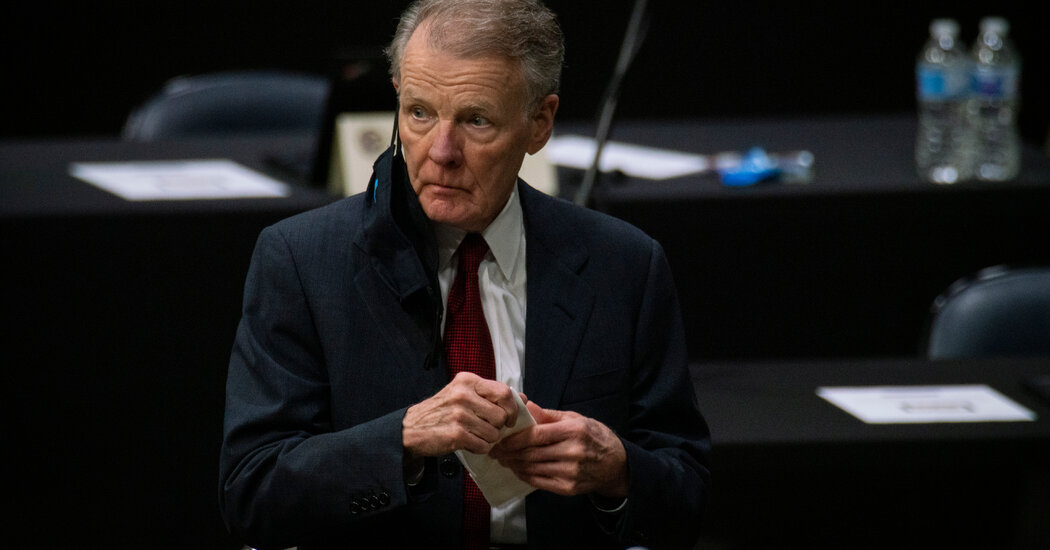 Michael Madigan, the Democratic power broker who has served as Speaker of the Illinois House of Representatives for nearly four decades, has fallen short of the votes needed to remain in power — a reminder that Washington is not the only capital convulsed by postelection tumult.

Mr. Madigan, known as the “Velvet Hammer” for his laconic backstage brawn, has spent the past several weeks trying to find the 60 votes necessary to keep his job, after facing allegations he was investigated over a patronage scandal involving an electric utility company, ComEd.

As Washington grapples with fallout from Wednesday’s shocking riot at the Capitol, lesser but nonetheless significant developments were transpiring in state capitals, including Springfield, where Mr. Madigan struggled to retain power; Albany, where Gov. Andrew Cuomo outlined his plan to get the state through the fiscal crisis spurred by the pandemic; and Lansing, where Michigan officials girded for another wrenching political fight after banning handguns from the state capitol complex.

On Monday, Mr. Madigan told reporters that he was suspending — though not withdrawing from — his campaign for speaker, a move that might signal the end of the longest-running Illinois political dynasty since the Daleys departed the stage.

Lawmakers returned earlier this month for a lame duck legislative session. On Sunday, Mr. Madigan won the support of 51 of 73 Democrats in the House, with Rep. Ann Williams of Chicago getting 18 and Rep. Stephanie Kifowit of Oswego garnering three votes, with one member voting present.

Many of Mr. Madigan’s opponents have said they would never vote for him, creating an impasse, and essentially turning Sunday’s result into a vote of no confidence.

That gives his opponents time to cobble together the 60 needed to declare a winner.

What happens if they cannot remains an open question.

Some longtime Madigan watchers, including Rick Pearson of the Chicago Tribune, the dean of the Springfield press corps, believe the suspension — while an indication of his dire predicament — was yet another wily Madigan maneuver, intended to buy him time to shore up support.

“By saying it is ‘not a withdrawal,’ Madigan basically trying to smoke out caucus for someone who can get 60 votes,” Mr. Pearson wrote on Twitter Monday.

Mr. Madigan has been Speaker of the Illinois House since 1983, with a two-year breather in the mid-1990s when Republicans took control of the chamber.

Mr. Madigan’s daughter Lisa served as the state’s attorney general from 2003 and 2019, and was long considered a potential candidate for Senate and governor before stepping away from politics.