Blog | Alphhainc
Home US Melania Trump implores Americans to ‘stop the violence’ while also striking back... 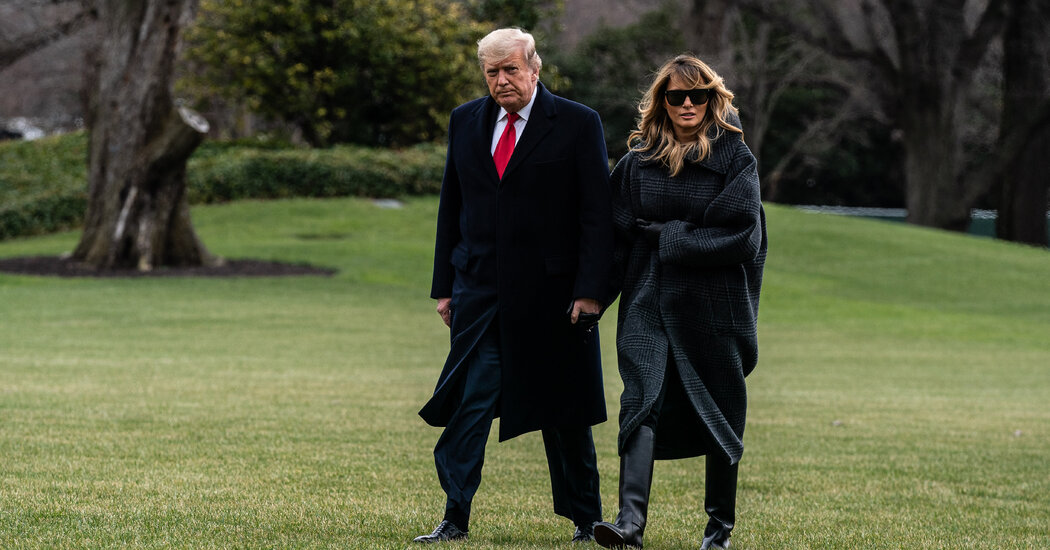 In her first public comments since rioters stormed the Capitol five days ago, Melania Trump, the first lady, said on Monday that she was “disappointed and disheartened with what happened last week” but did not address her husband’s role in encouraging the attack.

Mrs. Trump, who had not released a statement since wishing the public well on New Year’s Day, urged people to “listen to one another” and implored people to “stop the violence.” She said she was praying for the families of those killed on Wednesday or in its aftermath, starting with a list of four Trump supporters who died — including one who was shot during the attack inside the Capitol — before the officers defending it.

Though the tone was mostly reconciliatory, she first struck back at perceived critics.

“I find it shameful that surrounding these tragic events there has been salacious gossip, unwarranted personal attacks, and false misleading accusations on me — from people who are looking to be relevant and have an agenda,” she said. “This time is solely about healing our country and its citizens. It should not be used for personal gain.”

Last week, a former staff member for the first lady, Stephanie Winston Wolkoff, strongly criticized Mrs. Trump in The Daily Beast, writing that she had “blood on her hands.”

Mrs. Trump’s chief of staff, Stephanie Grisham, was among the White House officials to resign after the violence on Wednesday.

Mrs. Trump has mostly remained silent on her husband’s efforts to overturn the election. In her one public statement on the matter, on Nov. 8, she wrote on Twitter that “every legal — not illegal — vote should be counted.”

She has focused instead on nonpolitical matters, including holiday celebrations, a monument that pays tribute to women’s suffrage and the completion of a tennis court at the White House.

On Monday, she asked people to “focus on what unites us, and rise above what divides us.”

“It is inspiring to see that so many have found a passion and enthusiasm in participating in an election, but we must not allow that passion to turn to violence,” she said. “Our path forward is to come together, find our commonalities, and be the kind and strong people that I know we are.”