Blog | Alphhainc
Home US Prosecutors mull charges for theft of national security information after laptops and... 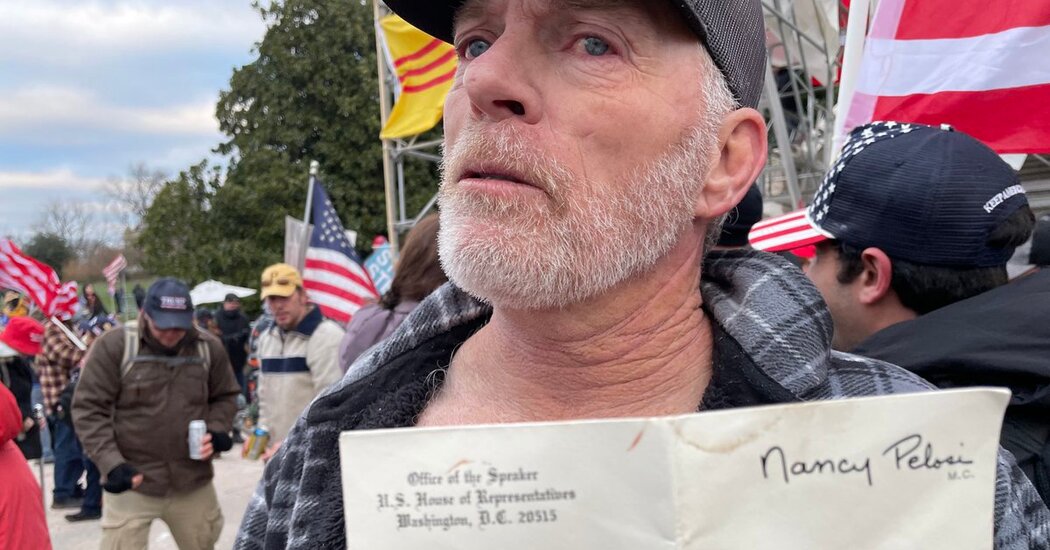 Michael R. Sherwin, the U.S. attorney in Washington, said on Sunday that the Justice Department was considering charges for “theft of national security information” after the violent mob that stormed the Capitol on Wednesday looted laptops, documents and other items from congressional offices.

In an interview with NPR, Mr. Sherwin did not go into detail about what was stolen or the extent of the breach, but he had previously alluded to “electronic items” and “documents” that had been stolen from offices.

Senator Jeff Merkley, Democrat of Oregon, posted a video on Twitter in the hours after the riot showing the extent of the damage to his office. He said that the rioters “smashed the door virtually off its hinges” and stole a laptop from his desk.

Drew Hammill, the deputy chief of staff to Speaker Nancy Pelosi, said in a tweet on Friday that a laptop had also been stolen from a Capitol conference room, though he added that the device “was only used for presentations.”

In an internal memo sent the day after the attack, Catherine Szpindor, the chief administrative officer for the House of Representatives, said there were “no indications that the House network was compromised.” But she urged lawmakers and their staff members to take inventory of their electronic equipment and treat any storage devices found as “potentially compromised.”

The mob also had access to paper documents during the breach of lawmakers’ offices. Richard Barnett, 60, of Gravette, Ark., posed for a photograph holding a personalized envelope from Ms. Pelosi’s office. He was later arrested.

Ali Zaslav, a CNN journalist who was with lawmakers in the Senate chamber as the Capitol was being stormed, posted a video on Twitter showing the office of the Senate parliamentarian vandalized, with documents strewn across the floor.

Elijah Schaffer, a reporter for The Blaze, a right-wing media company, was among the mob — whom he described as “revolutionaries” — as they ransacked Ms. Pelosi’s office. He posted a photograph on Twitter showing a computer in the office with emails “still on the screen.”