Blog | Alphhainc
Home US Four days after a riot at the Capitol, the likelihood of the... 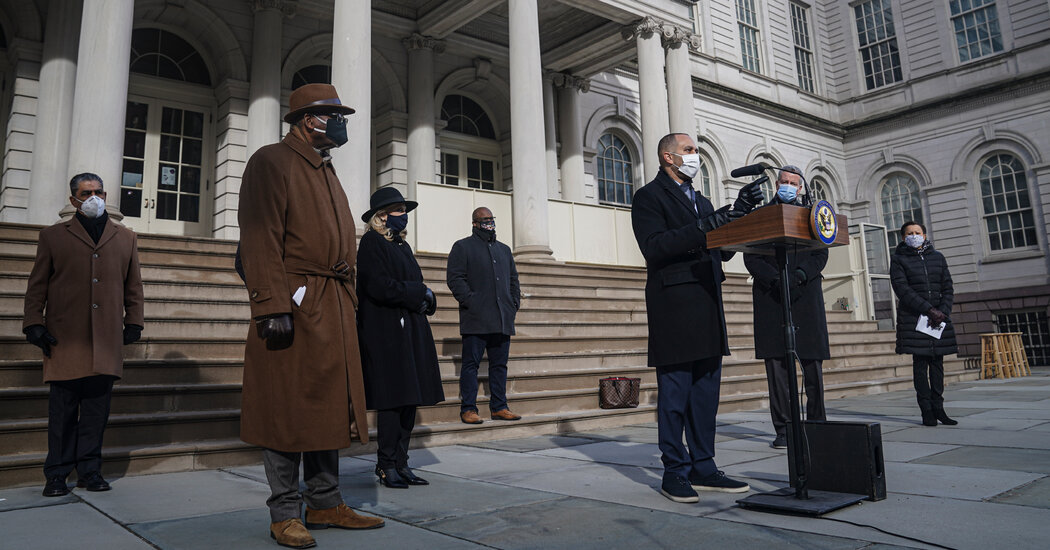 Momentum for impeaching President Trump a second time was growing rapidly over the weekend among rank-and-file Democrats and some Republicans, setting the stage for a final showdown that would test the boundaries of politics, accountability and the Constitution.

Representative Ted Lieu, Democrat of California, announced on Saturday that the article of impeachment drafted by him and other House Democrats had drawn more than 190 co-sponsors.

“We will introduce the Article of Impeachment this Monday during the House’s pro forma session,” he wrote on Twitter.

Most Republicans in Congress remained silent on the issue over the weekend, drawing more attention to those who did speak up.

Senator Patrick J. Toomey, Republican of Pennsylvania, said on Saturday that Mr. Trump had “committed impeachable offenses,” a sign of growing anger over Mr. Trump’s role in the Jan. 6 assault on the Capitol building.

Mr. Toomey’s comment, on Fox News on Saturday, was the starkest yet among Republican lawmakers who appeared newly open to the idea. Earlier last week, Senator Ben Sasse of Nebraska indicated he would be open to considering articles of impeachment at a trial, and Senator Lisa Murkowski of Alaska has called on the president to resign.

“I want him out,” Ms. Murkowski told The Anchorage Daily News. “He has caused enough damage.”

But in a reflection of how unpopular the idea is even among Republicans who have criticized Mr. Trump’s role in the riot, seven House Republicans wrote to President-elect Joseph R. Biden Jr. on Saturday and implored him to ask Speaker Nancy Pelosi to stop efforts to impeach Mr. Trump.

The lawmakers, led by Representative Ken Buck of Colorado, argued that starting such a process would be divisive and overly hasty. Each of them had vocally opposed their colleagues’ bid to overturn the election results.

“A second impeachment, only days before President Trump will leave office, is as unnecessary as it is inflammatory,” the lawmakers wrote.

If the House did impeach, and the Senate put Mr. Trump on trial, at least 17 Republicans would most likely have to join the Democrats to win a conviction.

Senator Mitch McConnell, Republican of Kentucky and the majority leader, has indicated that under Senate rules a trial could not begin until the senators’ scheduled return from a recess on Jan. 19, the day before Mr. Biden’s inauguration, raising the prospect of conducting a trial after Mr. Trump vacated the White House.