Blog | Alphhainc
Home US As the White House slips into deeper crisis, Trump says he will... 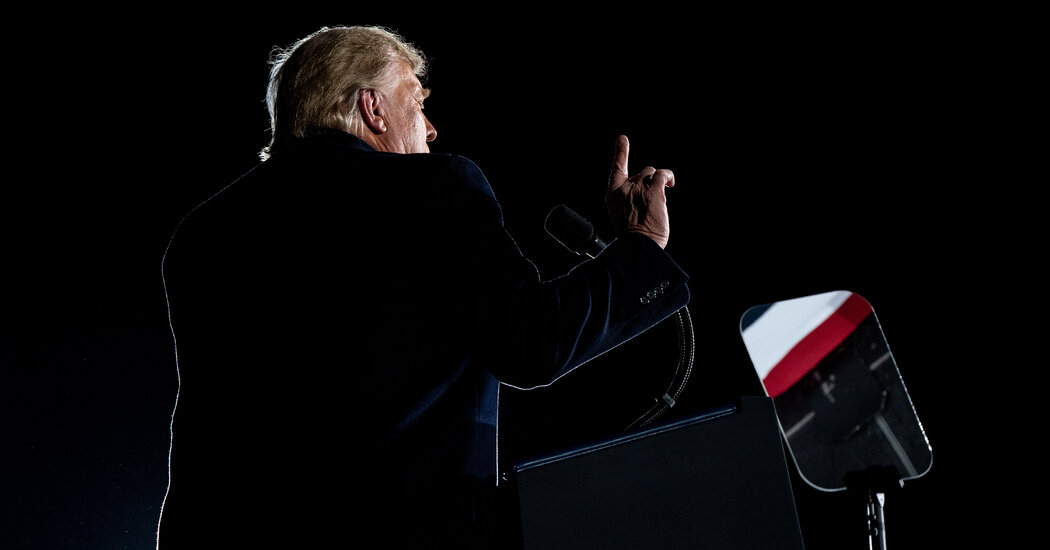 President Trump, who begrudgingly recognized his defeat less than two weeks before he was due to leave office, announced on Twitter that he would not be attending President-elect Joseph R. Biden Jr.’s inauguration on Jan. 20.

His statement, while a surprise to no one, nonetheless is another break with tradition that undermines the ceremonial demonstration of a core democratic value Mr. Trump has virulently disregarded since the election — the peaceful transfer of power between administrations.

It remains unclear if Vice President Mike Pence will attend the ceremony, which is expected to take place under heightened security after the deadly siege of the Capitol this week and with heavy precautions to prevent the spread of the coronavirus.

On Friday, Mr. Biden addressed Mr. Trump’s decision to skip the event saying, “It’s a good thing, him not showing up.” But he said that Mr. Pence was welcome and that it would help the transition.

Mr. Trump’s plan also raises the issue of departure from Washington. Before the Christmas break, rumors swirled that Mr. Trump would not return from his gilded golf compound at Mar-a-Lago in Florida, but he flew back in time to briefly disrupt passage of the coronavirus relief package and to whip up his supporters ahead of Wednesday’s attack on the Capitol.(Mr. Trump has faced opposition from local officials over his plans to expand the Florida resort.)

The president quietly made plans to take a trip next week to the southwestern border to highlight his hard-line immigration policies, which have inflamed Washington over the years, according to a person briefed on the planning. He also told advisers he wanted to give a media exit interview, which they presumed might undercut any conciliatory notes. But the first family has discussed leaving the White House for good on Jan. 19, the day before the inauguration.

Mr. Pence has signaled his willingness to attend, an administration source said, but said that he had yet to receive a formal invitation.

President Barack Obama, who acknowledged Mr. Trump’s victory immediately after his win and oversaw a detailed transition plan that was ignored by the incoming president, attended Mr. Trump’s inaugural. Michelle Obama described listening to his “American carnage” inauguration speech as one of the most excruciating experiences of her life.

Only three presidents have skipped their successor’s swearing-in: John Adams in 1801, his son John Quincy Adams in 1829 and Andrew Johnson, a Democrat who sat out the 1869 inauguration after he was replaced in favor of Republican Ulysses S. Grant. (An earlier version of this item incorrectly stated Mr. Johnson’s political affiliation.)