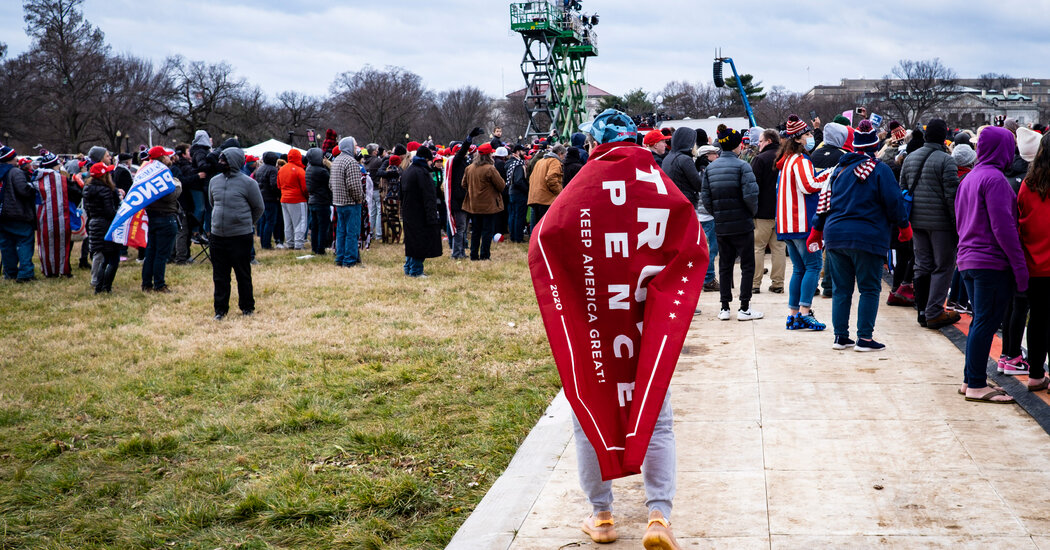 The social news and message board site Reddit banned a forum dedicated to discussing and promoting Donald Trump from its site on Friday, the latest of the major technology platforms to diminish Mr. Trump digitally after his supporters staged an assault on the U.S. Capitol on Wednesday.

The forum, called a subreddit, was one of many areas for Trump supporters to convene across the site, which is used by more than 330 million people to discuss wide-ranging current events and other topics. The “Donald Trump” subreddit had tens of thousands of subscribers before it was removed, and was considered one of a few highly visible places online where Trump supporters could gather and express solidarity with the president.

The removal, which was earlier reported by Axios, comes on the heels of suspensions of Mr. Trump by major platforms this week. On Wednesday, both Facebook and Twitter removed some of his posts that were considered an incitement to further violence. And Facebook went further on Thursday, banning Mr. Trump from accessing his Facebook page until at least the end of his term, if not indefinitely.

Though the subreddit has flourished for years, Reddit officials removed the page on Friday after many of its members glorified and incited the violence that occurred in the Capitol on Wednesday, despite a number of official warnings from the company.

“Reddit’s site-wide policies prohibit content that promotes hate, or encourages, glorifies, incites, or calls for violence against groups of people or individuals,” a Reddit spokeswoman said. “In accordance with this, we have been proactively reaching out to moderators to remind them of our policies and to offer support or resources as needed. We have also taken action to ban the community r/donaldtrump given repeated policy violations in recent days regarding the violence at the U.S. Capitol.”

Reddit has historically been wary of intervening and prohibiting certain types of content across its platform, and in the past had been a haven for racists and predators to convene online. But the company has shown a willingness to ban more extremist content in recent years.

In June, Reddit banned “The Donald” subreddit, another forum dedicated to supporting the President, for repeated violations of harassment and hate speech. The company also banned more than 2,000 subreddits at the time for similar violations.