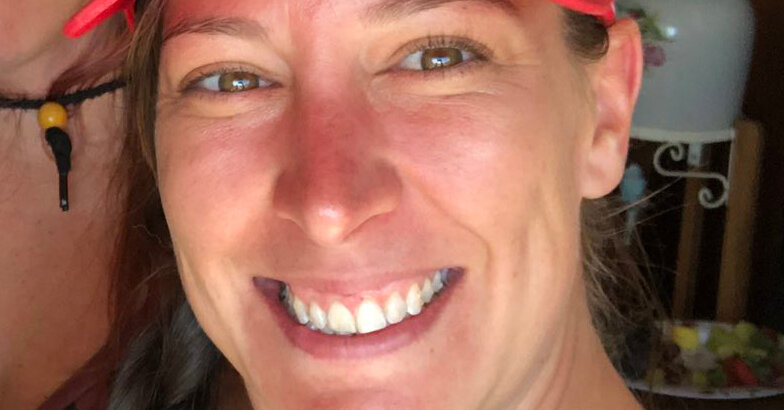 Ashli Babbitt had been preparing for this day, the day when world events would turn her way. When a discouraged friend on Twitter asked last week, “When do we start winning?” Ms. Babbitt had an answer: “Jan 6, 2021.”

Her name will now be connected to that date, and to shaky footage showing a crowd of rioters smashing glass on the door leading to the Speaker’s Lobby of the Capitol.

At the front of that crowd is the small figure of Ms. Babbitt, wearing snow boots, jeans, and a Trump flag wrapped around her neck like a cape.

“Go! Go!” she shouts, and then two men hoist her up to the rim of a broken window. As she sticks her head through the frame, a Capitol Police officer in plain clothes fires a shot, and she falls back into the crowd. Blood starts pouring from her mouth.

A day after Ms. Babbitt’s death, as part of a mob storming the Capitol amid counting of Electoral College votes, a portrait of her is taking shape.

Ms. Babbitt had left the Air Force after two wars and 14 years, settling near the working-class San Diego suburb where she was raised. Life after the military was not easy. After briefly working security at a nuclear power plant, she was struggling to keep a pool-supply company afloat.

As a civilian, she found herself newly free to express her political views. Her social media feed was a torrent of messages celebrating President Trump; QAnon conspiracy theories; and tirades against immigration, drugs and Democratic leaders in California.

“You guys refuse, refuse to choose America over your stupid political party, I am so tired of it,” she said in a video message posted on Twitter, addressing California politicians. “You can consider yourself put on notice. Me and the American people. I am so tired of it, I am woke, man, this is absolutely unbelievable.”

The people close to Ms. Babbitt have all responded with shock. Her husband, Aaron Babbitt, 39, told a Fox affiliate in San Diego that he had sent his wife a message about 30 minutes before the shooting, and she never responded.

Her brother, Roger Witthoeft, 32, said Ms. Babbitt had not told her family that she was planning to go to Washington. But he was not surprised that she would protest.

“My sister was 35 and served 14 years — to me that’s the majority of your conscious adult life,” said Mr. Witthoeft, of Lakeside, Calif. “If you feel like you gave the majority of your life to your country and you’re not being listened to, that is a hard pill to swallow. That’s why she was upset.”

Ms. Babbitt, who had four younger brothers, was raised in a mostly apolitical household, Mr. Witthoeft said. Their father worked in commercial flooring and their mother in a school program. Ms. Babbitt enlisted in the Air Force after finishing high school.

While on active duty from 2004 to 2008, she met and married her first husband, Timothy McEntee. She worked as an enlisted security forces controller, a job whose duties include guarding gates at Air Force bases, and was deployed to Afghanistan and Iraq.

She then served in the Air Force Reserves and the Air National Guard. In the Guard, she was assigned to a unit based near Washington that is known as the “Capital Guardians,” because one of their primary missions is defending the city. Security forces in the squadron regularly train with riot shields and clubs for what the Air Force calls “civil disturbance missions.” She was deployed twice more, to the United Arab Emirates in 2012 and 2014, according to an Air Force spokewoman.

Ms. Babbitt left the military as a relatively low-ranking senior airman in 2016, several years before she would have become eligible for a pension and other benefits.

By then, she had found another source of income, working in security at Calvert Cliffs Nuclear Plant in Maryland. She was employed there from 2015 to 2017, according to a representative for Exelon, the energy company that runs the plant.

It was there that she met Mr. Babbitt, who had been employed at the facility since 2007 and left in 2017, the representative said. The two moved back to her native California. She filed for divorce from Mr. McEntee in 2018.

The transition was not entirely smooth. In 2016, Mr. Babbitt’s former girlfriend applied to a court for a protection order, telling the court that Ms. Babbitt, then known as Ashli McEntee, had approached her on a roadway and had rear-ended her car three times.

Shortly after that, Ms. Babbitt relocated to California, where she helped purchase Fowlers Pool Service and Supply, a company where her brother, Mr. Witthoeft, said he had worked.

“We all worked together as a family — my other little brother, me, her husband, me, my uncle,” Mr. Witthoeft said. “It was kind of nice, a family affair.”

Ms. Babbitt appeared to struggle in business. In 2017 she took out a costly short-term business loan. In effect, it meant her pool business would have to pay an interest rate that she later calculated in court filings to be 169 percent.

Within days of signing the loan agreement, she stopped making payments, only repaying about $3,400 of the $65,000 borrowed from the lender, EBF Partners, records show. The lender soon sued her.

Ms. Babbitt’s politics were emphatically pro-Trump. On the door of the pool-supply company, a poster declares it to be a “mask free autonomous zone, better known as America,” where “we shake hands like men, fist bump like homies.”

Leaving the military had freed her to participate in politics, something she savored, her brother said.

“That was one of her things — for the first time in her life, she could actually say what she wanted to say, and didn’t have to bottle it up,” he said. She was frustrated, he said, with the number of homeless people in San Diego, and the difficulty of running a small business.

“My sister was a normal Californian,” he said. “The issues she was mad about were the things all of us are mad about.”

Her social media accounts suggest that she also, increasingly, embraced the conspiratorial thinking of QAnon, which has asserted that the 2020 presidential election was stolen by an elite Satan-worshiping cabal, and that it was up to ordinary people to reinstate Mr. Trump.

She retweeted a post that promised a violent uprising that would lead to Mr. Trump’s second inauguration.

“Nothing will stop us,” she wrote on Twitter the day before her death. “They can try and try and try but the storm is here and it is descending upon DC in less than 24 hours …. dark to light!”

Her brother said she was passionate about Mr. Trump’s cause, and believed she was standing up for the American people.

“I know it mattered to her a lot at the end of her life,” he said. “It mattered so much that she died for it.”