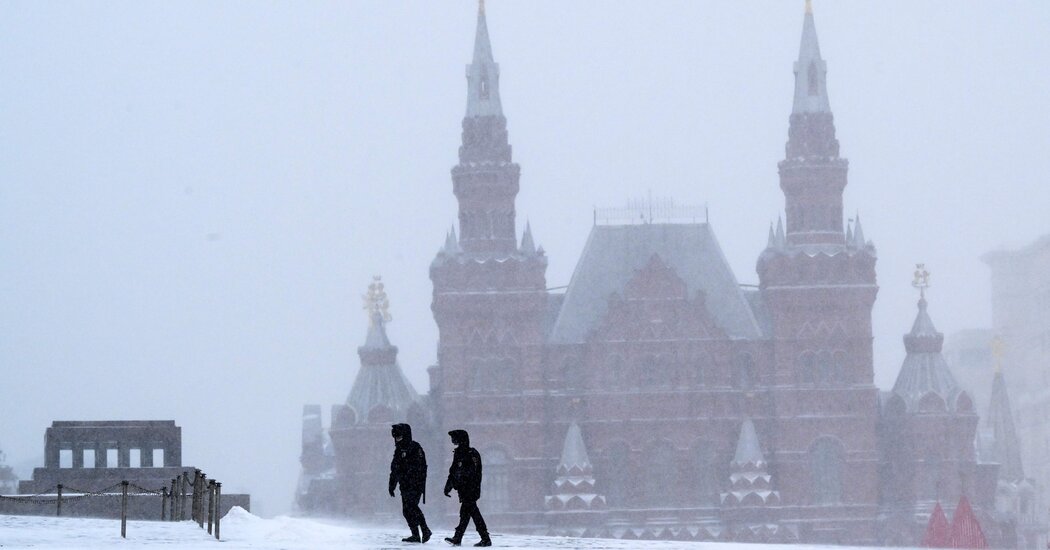 WASHINGTON — The Trump administration politicized the intelligence around foreign election interference in 2020, resulting in significant errors in its reports last year to Congress and the public, a report by the intelligence community ombudsman concluded.

Barry A. Zulauf, the analytic ombudsman in the Office of the Director of National Intelligence, found there was “a loss of objectivity” and politicization of intelligence in the election threat reporting last year.

“Analysis on foreign election interference was delayed, distorted or obstructed out of concern over policymaker reactions or for political reasons,” said the report, which was submitted to Congress on Thursday.

The formal validation dovetails with widespread perceptions about the Trump administration’s handling of intelligence and underscores the challenge awaiting the Biden administration as it prepares to take over the nation’s spy agencies. The report will be sent to the Senate Intelligence Committee. Still, because it was completed under an intelligence director viewed skeptically by Democrats, it is unlikely to be seen as the final word on what happened.

The Senate committee plans to review the report and will work with the new administration “to stop any politicization of intelligence and rectify the failures of the Trump administration,” said Rachel Cohen, a spokeswoman for Senator Mark Warner, Democrat of Virginia, who is set to lead the panel after the inauguration.

Some of the most damaging material in the report concerns a briefing to Congress in March, soon after Richard Grenell, then the ambassador to Germany, took over as the acting director of national intelligence.

The March talking points, an unclassified version of which was made public, stated that the Kremlin was not aiding “any candidate’s re-election” — a stance at odds with what intelligence officers had told Congress previously: that Russia favored President Trump.

Mr. Zulauf said he was not able to determine who wrote the talking points for the briefing, but found they were “shaped by” Mr. Grenell and other officials in his office.

“Analysts point out that there were substantive differences between the talking points and what the I.C. actually thought,” the report said, referring to the intelligence community.

The reluctance of intelligence professionals to deliver the talking points “should have been a red flag,” Mr. Zulauf wrote, “but did not stop the statement from being issued.”

The report also said that Mr. Grenell held up a memo in May from the National Intelligence Council about election security threats. His office revised a draft that emphasized intelligence gaps over what was known about those threats. Mr. Zulauf’s report said the revised version “buried the lead.”

Mr. Zulauf said he did not interview Mr. Grenell because he was no longer under his purview as ombudsman. Asked for a response, Mr. Grenell criticized the ombudsman for not talking to him.

“I never once made an edit to intelligence,” he said. “Any criticism of intel sharing or working during my tenure is a criticism of the amazing career officials in charge of the process.”

The intelligence ombudsman, established as part of a post-Sept. 11 overhaul, is charged with identifying lapses in tradecraft and practices. Unlike an inspector general, ombudsmen do not look for waste, fraud or abuse.

Mr. Zulauf also examined how the intelligence agencies analyzed Russia’s and China’s intentions and activities in relation to the 2020 election for an assessment in August of foreign election interference. (The August assessment also raised a warning about Iran, but his letter did not mention that category of intelligence.)

Analysts believed that the final published version of the August assessment — after interventions by John Ratcliffe, the current director of national intelligence, to add the warning about China — was an “outrageous misrepresentation of their analysis,” he reported.

They believed that during a drawn-out review process, senior leaders had “watered down” their conclusions about Russia to make it sound “not too controversial” while diverting attention to China by bolstering the perception of its threat.

Still, some intelligence officials noted on Friday that the August statement — issued in the name of William R. Evanina, the director of the National Counterintelligence and Security Center — accurately treated the two countries differently. It said Russia was taking steps to hurt the candidacy of Joseph R. Biden Jr.; while it also said China hoped Mr. Biden would win, it did not claim that China had similarly taken any steps to intervene.

In his own letter to Mr. Zulauf, Mr. Evanina asserted that he “accurately conveyed what I believed to be” the intelligence community’s thinking, adding: “I have never politicized intelligence during my career and any suggestion I would is a personal affront to me.”

In another letter, Mr. Ratcliffe defended his interventions, and argued that the intelligence assessment about China’s election influence efforts fell “short of the mark.”

Even as Mr. Zulauf reported that Russia analysts were upset that the agencies’ political leaders seemed to be delaying and suppressing their conclusions, he also suggested that there was politicization of intelligence not just from above but also “from below.”

“These analysts appeared reluctant to have their analysis on China brought forward because they tended to disagree with the administration’s policies, saying in effect, ‘I don’t want our intelligence used to support those policies,’” he continued.

But Mr. Zulauf did not cite any evidence to support the striking notion that analysts underplayed China threat analysis for political reasons, and he later wrote that the differences between the two “were not intentional, but a result of different collection and analysis rhythms and interpretations by analysts that do not cross-pollinate between regional issues.”

Some of the findings of the ombudsman, focused on allegations that intelligence about China was not properly examined, were earlier reported by The Washington Examiner.

The ombudsman’s inquiry appeared to be narrowly focused on the handling of information and analysis about Russian and Chinese actions related to the 2020 election, and the letter did not address other instances in which the Trump administration has drawn accusations of politicizing intelligence.

It does not address, for example, a memo produced by Mr. Ratcliffe’s office over the summer, days after The New York Times reported that the C.I.A. had assessed that Russia covertly offered reward payments to an Afghan criminal-militant network to incentivize more frequent attacks on American troops but that the White House had not acted on that analysis.

The new memo — a so-called sense of the community memorandum produced by the National Intelligence Council, which reports to Mr. Ratcliffe — contained no new information. Instead it reanalyzed the same data the C.I.A. had already examined and instead emphasized uncertainties and gaps in the available evidence, according to officials familiar with it, bolstering the administration’s attempts to justify its inaction on the months-old assessment.