Blog | Alphhainc
Home US How to Impeach a President in 12 Days: Here’s What It Would... 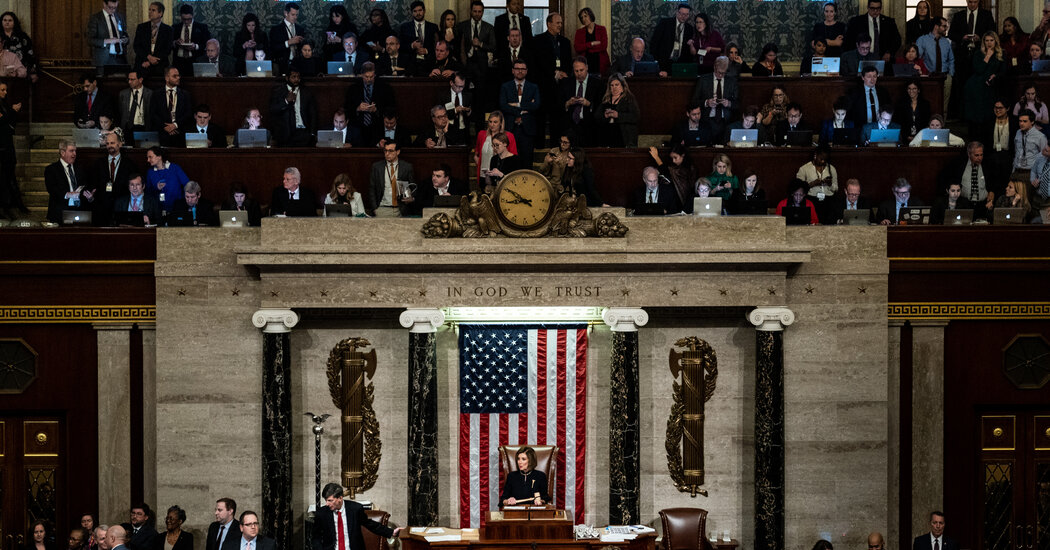 WASHINGTON — After President Trump incited a mob of his supporters who violently stormed the Capitol on Wednesday, Congress is once again weighing whether to impeach him, this time with only days remaining in his term.

It is an extraordinary circumstance raising political, constitutional and logistical questions rarely contemplated in American history. No president has ever been impeached twice or in his waning days in office, and none has ever been convicted.

Given the brevity of his time left in the White House and the gravity of his conduct, lawmakers are also looking at a provision in the Constitution’s impeachment clauses that could allow them to bar Mr. Trump from ever holding federal office again.

Democrats are driving the process so far, but some Republicans have indicated they would be open to hearing a case. Here is what we know about how the process might work.

Congress can remove a president for high crimes and misdemeanors.

The Constitution allows Congress to remove presidents, or other officers of the executive branch, before their terms are through if lawmakers believe they have committed “treason, bribery or other high crimes and misdemeanors.”

Impeachment is a two-part process, and deliberately difficult. First, the House votes on whether to impeach — the equivalent of indicting someone in a criminal case. The charges are codified in articles of impeachment detailing the allegations of offenses against the nation.

If a simple majority of the House votes in favor of pressing charges, the Senate must promptly consider them at a trial. The House prosecutes the case, appointing impeachment managers to argue before senators, who act as the jury, and the president is traditionally allowed to mount a defense. The chief justice of the Supreme Court oversees the trial.

In the Senate, the threshold for conviction is much higher. Two-thirds of the senators seated at any given moment must agree to convict; otherwise, the president is acquitted. If all 100 senators were seated at the time of trial, that means 17 Republicans would have to join Democrats to obtain a conviction — a high bar to clear.

Impeaching Trump now could bar him from public office in the future.

While it may seem pointless to impeach a president just as he is about to leave office, there could be real consequences for Mr. Trump beyond the stain on his record. If he were convicted, the Senate could vote to bar him from ever holding office again. Following a conviction, the Constitution says the Senate can consider “disqualification to hold and enjoy any office of honor, trust or profit under the United States.”

Only a simple majority of senators would have to agree to successfully disqualify Mr. Trump, who is contemplating another run for president in 2024, an appealing prospect not just to Democrats but to many Republicans who are eyeing their own runs.

There’s nothing preventing a second impeachment of Mr. Trump.

The House impeached Mr. Trump in December 2019 on charges of abuse of power and obstruction of Congress related to his attempts to pressure Ukraine to smear his political rival at the time, Joseph R. Biden Jr. The Senate voted to acquit him of both charges.

But there appears to be nothing in the Constitution stopping Congress from impeaching a president again on a new set of charges.

The timing is tight, but not impossible.

With Mr. Trump set to leave office on Jan. 20, one of the biggest political and logistical hurdles is the calendar. Past presidential impeachments, including the one the House undertook in 2019, have typically been drawn-out affairs with investigations, hearings and weeks of public debate.

This deliberate process is in part meant to build consensus for such a drastic action, but it is not necessary under the rules. If Democrats and some Republicans are in agreement they must act, they can move in a matter of days, bypassing the House Judiciary Committee, to draw up charges, introduce and proceed directly to a debate and vote on the floor of the House. In this case, since Congress is just beginning and committees have not yet even formed, doing so may be the only practical option.

As soon as the House votes to adopt articles of impeachment, they can immediately transmit them to the Senate, must promptly begin a trial.

Under one theory being discussed, the House could impeach Mr. Trump and hold onto the articles for a few days to wait until Democrats take over control of the Senate, which will occur after Mr. Biden is sworn in. The length of a trial, and the rules governing it, are determined by the members of the Senate.

Trump can still be impeached as an ex-president.

History gives little guide on the question of whether a president can be impeached once he leaves office, and House lawyers were racing to understand the legal and constitutional issues.

There is precedent for doing so in the case of other high government officers. In 1876, the House impeached President Ulysses S. Grant’s war secretary for graft, even after he resigned from his post. The Senate at the time considered whether it still had jurisdiction to hear the case of a former official, and determined that it did. Ultimately, the secretary was acquitted.

Michael J. Gerhardt, a constitutional scholar at the University of North Carolina who testified in the last impeachment proceedings, wrote on Friday that he saw no reason Congress could not proceed.

“It would make no sense for former officials, or ones who step down just in time, to escape that remedial mechanism,” he wrote. “It should accordingly go without saying that if an impeachment begins when an individual is in office, the process may surely continue after they resign or otherwise depart.”