Blog | Alphhainc
Home US A Capitol Police officer who was seriously injured Wednesday has died, two... 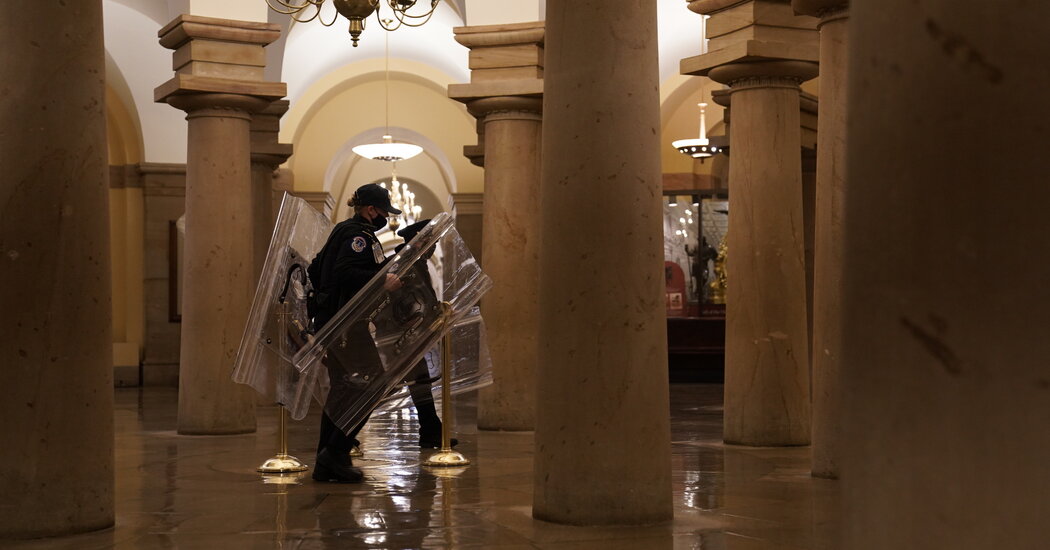 A United States Capitol Police officer has died of injuries sustained in Wednesday’s violent protests in Washington, two law enforcement officials confirmed on Thursday, one day after the police were overwhelmed by a pro-Trump mob that stormed the Capitol and disrupted Congress.

The officer is the fifth person whose death has been linked to Wednesday’s mayhem. One protester was shot and killed by a Capitol Police officer inside the building, and three others died after experiencing medical emergencies, officials have said.

The officer, whose name was not immediately released, had been hit with a fire extinguisher, the two law enforcement officials said. But it was not clear if the blunt force had killed him; a chemical agent may have led to his death, one of the officials said.

The F.B.I. is investigating his death as a possible federal murder case, the law enforcement official said.

A spokeswoman for the Capitol Police and the police officers’ union did not immediately respond to requests for information on Thursday.