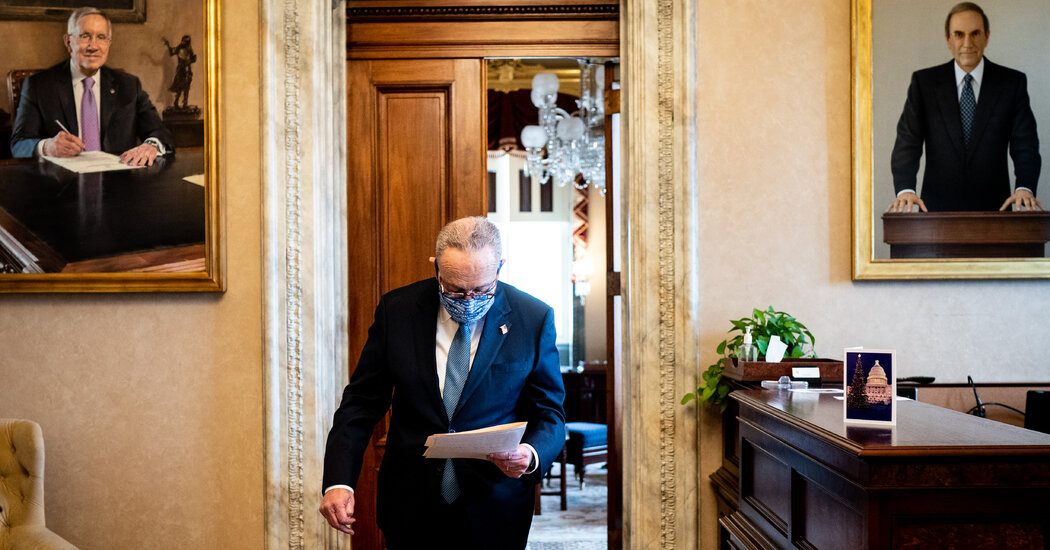 “I assume in the next couple weeks, Schumer and Mitch will sit down and kind of figure out how this is going to work,” said Senator John Thune of South Dakota, the No. 2 Republican. “We had a little bit of a pattern back in 2000, but times have changed. It’s different now.”

Perhaps the biggest difference will be the committee chairmen, representing a significant swing in ideology. Besides Mr. Sanders, for example, Senator Sherrod Brown, the progressive Ohio Democrat and strong labor ally, is set to be head of the Banking Committee and will have a markedly different agenda than that of the outgoing Republican chairman, Senator Michael D. Crapo of Idaho.

Mr. Brown said his first order of legislative business would be addressing the effect of the coronavirus pandemic and relief provisions set to expire, including an eviction moratorium.

“We need to fix a lot of the damage Trump’s done, and then there’s pent-up demand for a whole lot of things,” Mr. Brown said. “What do we do about climate and about racial inequality, about wealth inequality, about structural racism?”

Among other notable committee changes would be Senator Ron Wyden of Oregon as head of the tax-writing Finance Committee, and Senator Richard J. Durbin of Illinois as chairman of the Judiciary Committee rather than Senator Charles E. Grassley of Iowa, who was a chief driver of the Republican push to install more than 200 conservative judges on the nation’s federal courts the past four years. Senator Patty Murray of Washington, an aggressive backer of health law changes, is in line for the health committee.

With the even partisan split, Democrats have begun talking about employing a special legislative process called reconciliation that applies budget rules to eliminate the threat of a filibuster, but what can be accomplished with that approach is limited. Activists are encouraging Democrats to try to eliminate the 60-vote filibuster to take advantage of their power while they have it.

“A window of opportunity like this may not come around again for a long while,” said Brian Fallon, a former Schumer aide and head of the progressive group Demand Justice. “It is almost overwhelming to think of all the opportunities for legislating that now exist, but the priority must be democratic reforms that make institutions like the Senate and our courts more aligned with the will of the people.”