Blog | Alphhainc
Home US With Georgia Senate wins, a new day of unified Democratic power will... 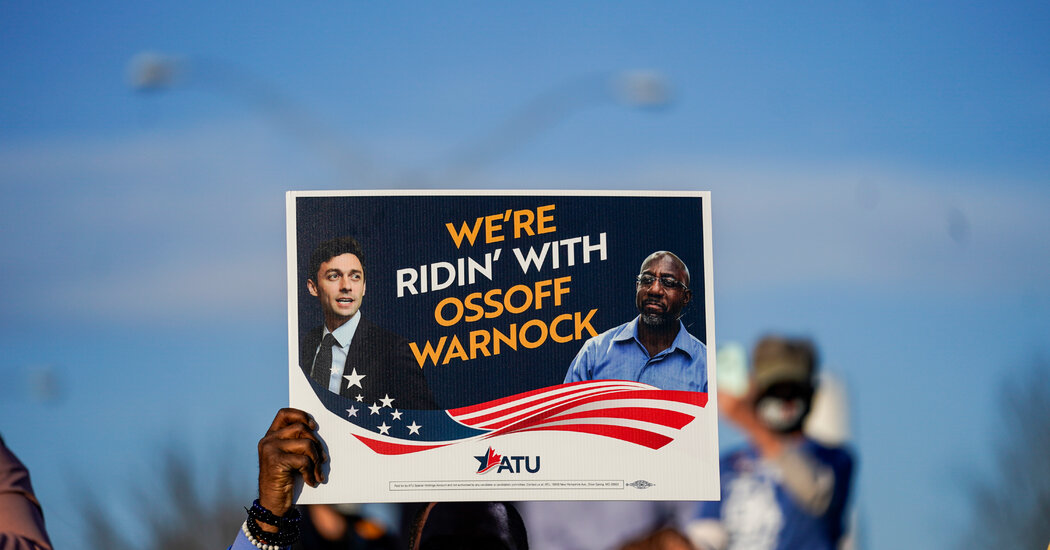 WASHINGTON — The stunning Democratic wins in two Georgia Senate races this week upended Washington’s power structure overnight, providing an unexpected opening to the incoming Biden administration by handing unified control of Congress to Democrats who will be tested by governing with spare majorities.

The victories by the Rev. Raphael Warnock and Jon Ossoff mean that Senator Chuck Schumer, Democrat of New York, will control the Senate floor rather than Senator Mitch McConnell, Republican of Kentucky — the man Democrats have long seen as the main impediment to their legislative ambitions.

They emerged even as a violent siege of the Capitol on Wednesday, egged on by President Trump, reflected the staunch refusal of his supporters to acknowledge President-elect Joseph R. Biden Jr. as the winner of the election, a last gasp of Republican protest before Democrats assume control of the levers of power.

In a wholesale change that will shift the policy agenda overnight, liberal Democrats — including Senator Bernie Sanders of Vermont, the democratic socialist who will now lead the Budget Committee — will lead most Senate panels, rather than conservative Republicans. Legislation from the Democratic-controlled House that had languished in the Senate will now get consideration across the Rotunda.

The abrupt shift in circumstances invigorated Democrats who had been deflated in November when they failed to gain a majority on Nov. 3 despite Mr. Biden’s victory. Given the traditional advantage Republicans have had in Georgia runoff elections, many Democrats had become resigned to the prospect that they would be stymied in their ability to deliver on Mr. Biden’s priorities.

“We sure did not take the most direct path to get here, but here we are,” said Mr. Schumer, happy with the outcome any way he could get it, which put him in reach of fulfilling his ambition of becoming majority leader after six years as the chief of the minority.

While the change in Senate control is momentous, particularly in easing the way for Mr. Biden to fill administration jobs and judicial vacancies, it does not mean that Democrats can have their way on everything — or even most things. The Democratic majority in the House shrank in the last election, emboldening Republicans and giving Speaker Nancy Pelosi less wiggle room in what is most likely her last term.

With the Senate divided 50-50 and Democrats in charge only by the virtue of the tiebreaking power of the vice president, the filibuster also looms large. Democrats will need to attract at least 10 Republicans to advance most bills while contending with demands from the left for bolder action now that their party controls all of Congress.

Democrats conceded the difficulties but still welcomed the reversal of fortune.

“It is not all going to be easy, but it is certainly better than being 52-48 and President Biden playing ‘Mother, May I?’ with Leader McConnell in moving any legislation to the floor,” said Senator Christopher Coons, Democrat of Delaware, one of the incoming president’s closet allies on Capitol Hill.

Still, Mr. McConnell, newly elected to his seventh term, has been in the position of leading the minority before and has proved effective in obstructing Democratic priorities.

‘There Is No Safe Area’: In Kabul, Fear Has Taken Over

Who Is MyPillow C.E.O. Mike Lindell, One of Trump’s Last Remaining...