Blog | Alphhainc
Home US West Virginia Lawmaker Among Those Who Stormed U.S. Capitol 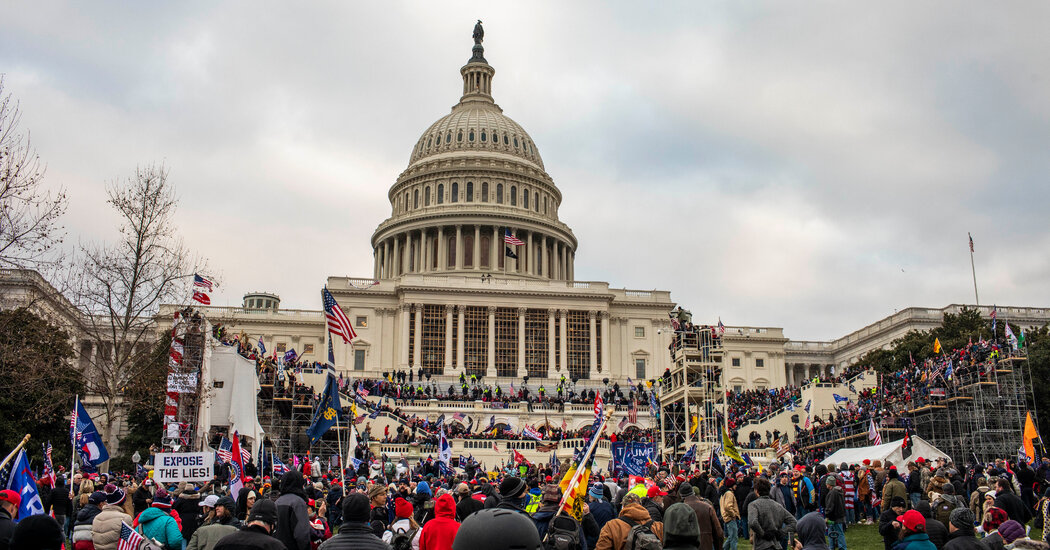 A newly elected lawmaker from West Virginia was among the mob of Trump supporters who stormed the United States Capitol on Wednesday, filming as he stood among the crowd outside a door, rushed with them inside and then wandered through the halls along with the scores of others who had breached the building.

The lawmaker, Derrick Evans, posted the video to his Facebook page, where he goes by “Derrick Evans – The Activist” on Wednesday afternoon, but he later deleted it.

Mr. Evans, who was elected as a Republican state delegate in November, posted several videos from the events of the day, both narrating and joining in “Stop the Steal” chants with throngs of other Trump supporters. In the video that was deleted, he is among a crowd that shoved up against a door at the Capitol’s east front, some chanting and others loudly singing the national anthem. Those at the front appear to be trying to get inside, while Mr. Evans gives a running commentary on the attempts.

“We’re going in,” he says, at one point turning the camera to show himself wearing a helmet.

Suddenly the crowd moves quickly and the crowd rushes in, one woman screaming “We did it!” and Mr. Evans shouting “Derrick Evans is in the Capitol!”

What follows is a tour through the main floor of the Capitol, passing through the rotunda and the hall of statuary, filming scores of other Trump supporters who had stormed in ahead of him and appear unsure of what to do next. Some are posing with statues and others are filming themselves on their phones. Chants of “Trump!” and “Freedom!” break out.

Mr. Evans yells several times to the people milling around not to commit any vandalism, insisting “this is our house and we respect it.” To one man, who appears to be a Capitol security officer, he says: “God bless you, sir. We still respect you,” adding that there was “nothing personal” about what they were doing. Another officer asks him and a group of others to head to the exit, a directive that he ignores. “Patriots inside, baby!” he shouts.

There is commotion far down a hallway, and someone tells Mr. Evans that some people are trying to break into one of the chambers. He turns away and walks down the hall, shouting, “Oh my gosh, I can’t believe we’re in here right now! Who thought this was going to happen today?” He then tries to start a chant of “U.S.A.! U.S.A.! U.S.A.!” As the video ends several minutes later, he appears to be looking for an exit.

In a statement on Facebook on Wednesday evening, Mr. Evans said that he has “traveled across the country to film many different events,” and that earlier he had “had the opportunity to film at another event in DC.”

“I want to assure you all that I did not have any negative interactions with law enforcement nor did I participate in any destruction that may have occurred,” he wrote. “I was simply there as an independent member of the media to film history.”

The speaker of the West Virginia House of Delegates, Roger Hanshaw, said in a statement on Wednesday night that he had “not spoken to Delegate Evans about today’s events,” though he said he saw what was posted on social media. He added that “storming government buildings and participating in a violent intentional disruption of one of our nation’s most fundamental political institutions is a crime that should be prosecuted to the fullest extent of the law.”