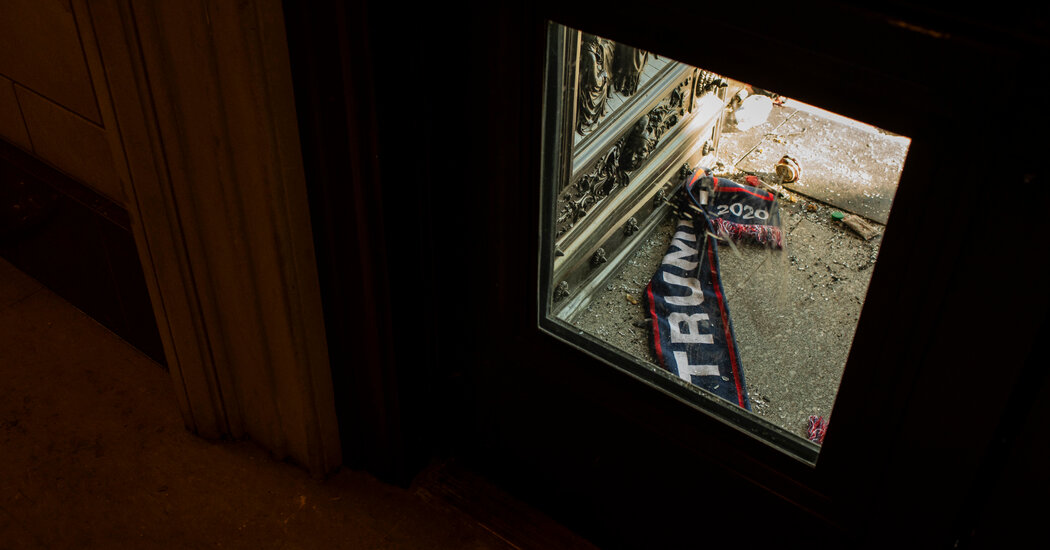 The angry aftermath of the storming of the Capitol had Democrats and even some Republicans talking about whether Mr. Trump should not be allowed to finish his term.

“This president should not hold office one day longer,” said Mr. Schumer, who will become the majority leader with the seating of two new Democratic senators elected in Georgia this week. “The quickest and most effective way — it can be done today — to remove this president from office would be for the vice president to immediately invoke the 25th Amendment. If the vice president and the cabinet refuse to stand up, Congress should reconvene to impeach the president.”

The likelihood of either happening seemed remote, but some Republicans joined in the call.

“All indications are that the president has become unmoored not just from his duty nor even his oath but from reality itself,” said Representative Adam Kinzinger of Illinois, who has been a critic of the president. “It’s time to invoke the 25th Amendment and to end this nightmare.”

Mick Mulvaney, a former White House chief of staff who had been serving as a special envoy for Mr. Trump until he resigned after the mob attack, said the discussion was understandable given the president’s behavior.

In addition to Mr. Mulvaney, more advisers and administration officials quit in protest, bringing the 11th-hour resignations to more than a half dozen. Former Attorney General William P. Barr, once one of the president’s most important defenders until he resigned last month, said in a statement to The Associated Press that the president’s actions were a “betrayal of his office and supporters” and that “orchestrating a mob to pressure Congress is inexcusable.”

Even as the wreckage of the attack was being swept away in the Capitol, questions swirled about how security for the building could be overwhelmed by the mob when it was well known that Mr. Trump’s supporters planned to rally in Washington on the day of the Electoral College count. Four people died, including a woman who was shot and three others who had medical conditions.