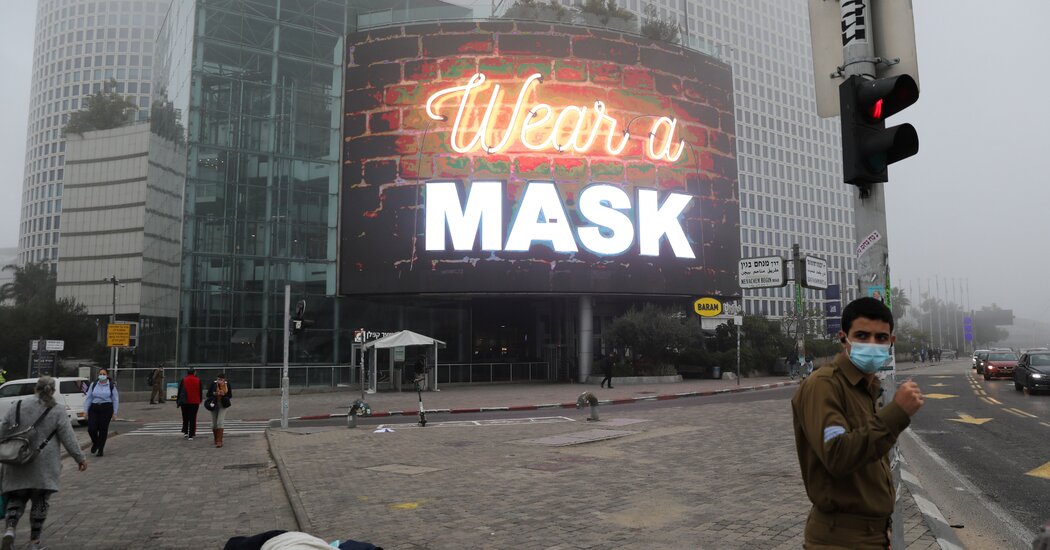 JERUSALEM — Israel faces a tightened lockdown this week as officials fear that the more transmissible British variant of the virus is spreading rapidly and its vaccine supplies are running low.

Israel, which was once seen as a model coronavirus country, is outpacing the rest of the world in vaccinating its citizens. But the prospect that Israel would have the virus under control by spring, once promising, now seems uncertain. Health officials say that in the short term, at least, the vaccine campaign cannot compete with the soaring infection rates of more than 8,000 new cases a day.

And the Palestinian Authority, which runs its own health care system in the occupied West Bank, has asked Israel for vaccines, prompting a debate over Israel’s responsibility to the Palestinians at a time when Israel’s vaccine supplies are dwindling.

“We are at the height of a global pandemic that is spreading at record speed with the British mutation,” Prime Minister Benjamin Netanyahu said in a video statement late Tuesday, justifying the government’s decision to impose a full national lockdown that will shutter most schools and all nonessential workplaces for at least two weeks.

“Every hour we delay, the quicker the virus is spreading, and it will exact a very heavy price,” he added.

The lockdown decision came after Prof. Eran Segal of the Weizmann Institute of Science in Rehovot, Israel, presented the government with the dire projection that without such action, Israel’s infection rate could rise to 46,000 new cases per day by February, a staggering number in a country with a population of about 9 million.

Government officials cited the variant discovered in Britain as one of the main reasons for imposing the tighter restrictions. Mr. Netanyahu said the variant was “leaping forward,” though not at the same pace as it has spread in Britain. At least 30 cases of the variant have been identified in Israel by special sampling.