Blog | Alphhainc
Home US How California Viewed the Siege of Congress 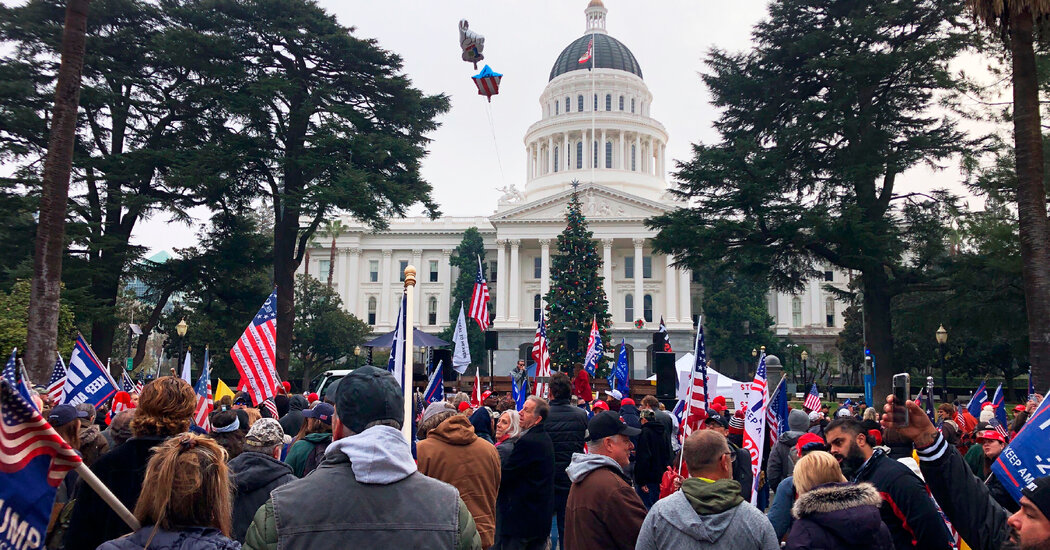 Gov. Gavin Newsom canceled a news briefing on Covid-19 “out of an abundance of caution,” calling the chaos “reprehensible and an outright assault to our democracy and Democratic institutions.”

“We always knew this responsibility would take us into the night,” House Speaker Nancy Pelosi of San Francisco wrote in a letter summoning her colleagues to reconvene Wednesday night after the mob, whipped up by the aggrieved president, had delayed the formal certification of the 2020 election for more than six hours. “We also knew that we would be a part of history.”

There was also fear: Ms. Pelosi, a frequent target of the president and his supporters, wrote that the episode presented a “shameful picture of our country” that was “instigated at the highest level.” The dispatch went out from a secure location, where security officers had taken her and other members of Congress after the stately government building devolved into chaos.

In her absence, invaders pillaged her office for trophies. The website Ars Technica reported that a host for the conservative website The Blaze tweeted and later deleted photos from Ms. Pelosi’s desk, gloating that “emails are still on the screen along side a federal alert warning members of the current revolution.”

Another trespasser was photographed with his feet on her desk. “WE WILL NOT BACK DOWN,” read the note he left, scrawled on a manila folder. Later, he stood outside the Capitol, his shirt open and chest bared, and bragged to my colleague Matthew Rosenberg about taking her government stationery. He insisted he didn’t steal it, saying: “I left a quarter on her desk.”

California Republicans decried the mob, too, some later than others. Only two of the state’s House Republicans — Representatives Young Kim of Orange County and Tom McClintock of Elk Grove — had made it clear before Wednesday that they would certify the election, flouting the president’s entreaties.

Earlier this week, Representative Mike Garcia, who represents the high desert exurbs of northern Los Angeles County, had echoed the president’s disinformation in an op-ed, saying that “fraud needs to be eradicated.” By midafternoon Wednesday, he was tweeting: “This behavior isn’t patriotism. It’s sedition.”