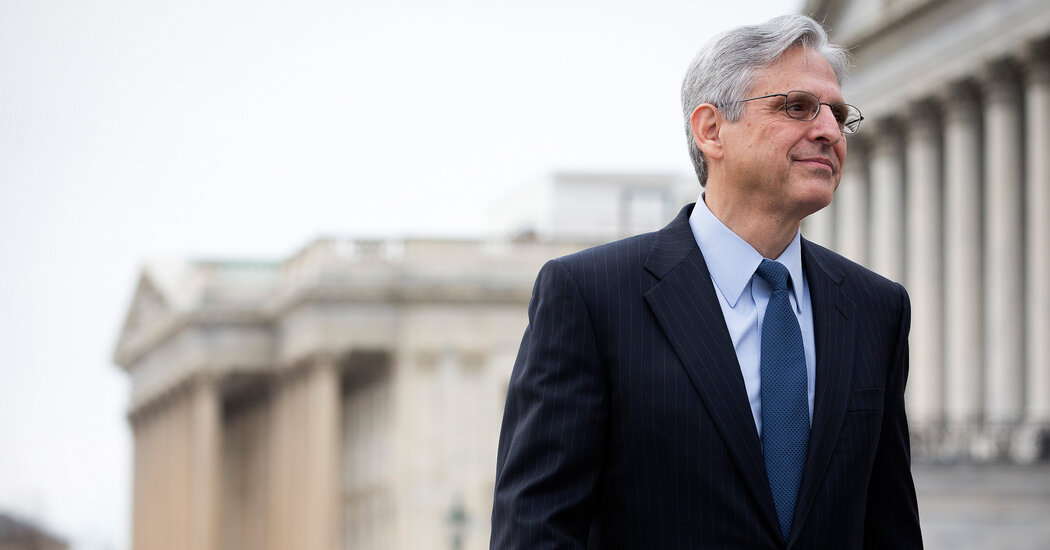 President-elect Joseph R. Biden Jr. plans to nominate Judge Merrick Garland, whose Supreme Court nomination Republicans blocked in 2016, to be attorney general, placing the task of repairing a beleaguered Justice Department in the hands of a centrist judge, according to a person familiar with the matter.

If confirmed, Judge Garland, who has sometimes disappointed liberals with his rulings, would inherit a department that grew more politicized under President Trump than at any point since Watergate. Judge Garland will face vexing decisions about civil rights issues that roiled the country this year, whether to investigate Mr. Trump and his administration and how to proceed with a tax investigation into Mr. Biden’s son.

The nomination ended weeks of deliberation by Mr. Biden, who had struggled to make a decision as he considered who to fill for a position that he became convinced would play an outsized role in his presidency. Mr. Biden’s nominations are expected to broadly win confirmation as Democrats appear poised to take control of the Senate.

Mr. Biden, who served as the longtime top Democrat on the Senate Judiciary Committee and chaired it from 1987 to 1995, was said by aides to have long weighed what makes a successful attorney general and put pressure on himself to make the right pick. Outside groups also pressed him during the transition to appoint someone who is a minority and would take a far more confrontational position with law enforcement.

Judge Garland was initially considered a long shot for attorney general, in part because he is seen as politically moderate. In close cases involving criminal law, he has been significantly more likely to side with the police and prosecutors over people accused of crimes than other Democratic appointees. He also leaned toward deferring to the government in Guantánamo detainee cases that pit state security powers against individual rights.

Moreover, judges are only occasionally elevated directly to the position. The last was Judge Michael Mukasey of Federal District Court, whom George W. Bush appointed to run the Justice Department in 2007.

Mr. Biden was also said to have considered Sally Yates, the former deputy attorney general in the final years of the Obama administration; Doug Jones, the former Alabama senator; and Deval Patrick, the former governor of Massachusetts who briefly ran for the Democratic Party’s presidential nomination.