Blog | Alphhainc
Home US An Alabama man who suffered a heart attack outside the Capitol is... 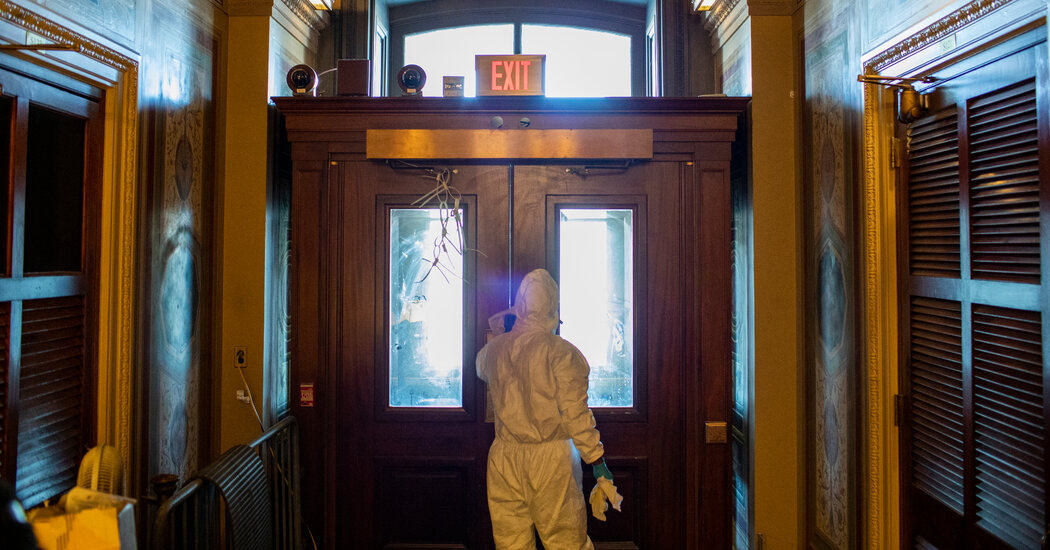 Four people lost their lives during the melee in Washington on Wednesday. One of them was Kevin D. Greeson, 55, of Athens, Ala., who collapsed as he stood among a sea of Trump supporters on the west side of the U.S. Capitol.

Mr. Greeson had been talking to his wife on his phone when he fell to the sidewalk. A New York Times reporter watched as emergency personnel rushed to help, furiously performing chest compressions, but were unable to revive him.

In an interview on Thursday, his wife, Kristi Greeson, said authorities contacted her afterward to say that her husband had died of a heart attack. Ms. Greeson said her husband, who was a father of five, had left home on Tuesday, spending the night in Virginia with a friend. She said her husband, who had high blood pressure, was excited to attend the rally, believing the election had been stolen.

“He felt like it was a monumental event in his mind,” she said. “I didn’t want him to go. I didn’t feel like it was safe.”

Ms. Greeson said her husband was a “political junkie” who liked President Trump because he cared about blue collar workers such as Mr. Greeson. But her husband also “saw the good and bad in Trump,” she said.

Mr. Greeson’s family said Thursday that “he was not there to participate in violence or rioting, nor did he condone such actions.”

The others who died included a woman and a man who suffered “medical emergencies” and a woman, identified as Ashli Babbitt, who was shot and killed by the Capitol Police, according to law enforcement officials.