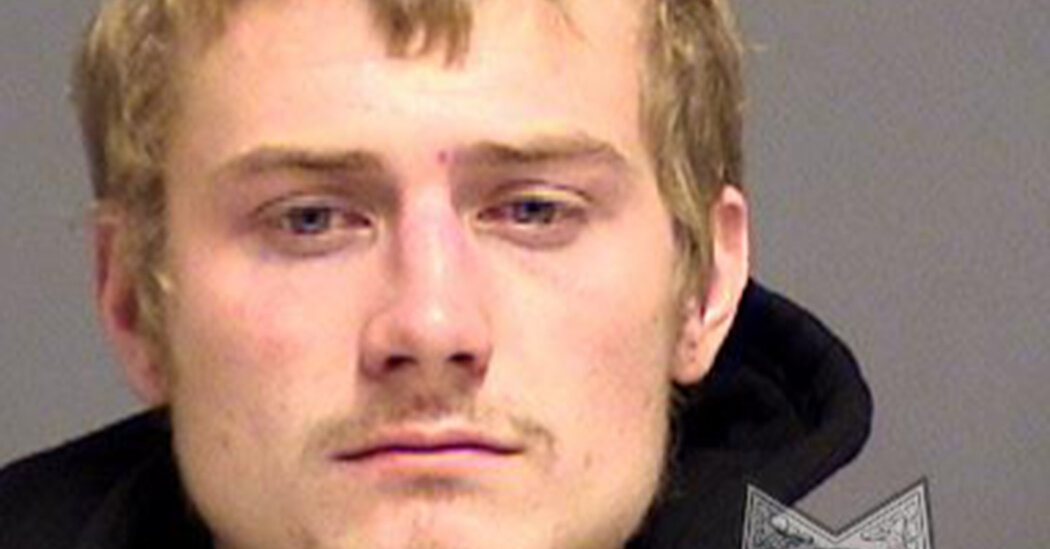 The police in Portland, Ore., are still searching for a suspect in an attempted murder who escaped from a precinct station house on Saturday after a cleaning crew left the door to the holding cell he was in unlocked, the authorities said on Wednesday.

The suspect, David Dahlen, 24, of Portland, had been arrested that same day on a charge of attempted murder of a police officer. The police said he was driving a stolen Chevrolet pickup truck on Dec. 24 when he struck Officer Jennifer Pierce of the Portland Police Bureau and fled. A 15-year veteran, she suffered a fractured pelvis.

After his arrest on Jan. 2, Mr. Dahlen was placed in a holding cell at the Portland Police Bureau’s Central Precinct as detectives prepared to interview him, the police said in a statement. A cleaning crew member responsible for disinfecting rooms because of Covid-19 entered the holding cell, but then closed the door after seeing Mr. Dahlen inside.

Based on a preliminary investigation, the police said, it seems the door did not lock when the crew member left the room. Mr. Dahlen found the door to be insecure and left the room, they said.

Shortly afterward, around 5:30 p.m., officials discovered Mr. Dahlen was gone, and they placed the building on lockdown. After reviewing video footage, however, investigators learned that Mr. Dahlen had already left the building.

“Investigators believe Dahlen found his way to a stairwell, which are unlocked for fire safety reasons, and exited the building on a south side door,” officials said.

The bureau said it would conduct an internal review of its procedures “to prevent anything like this from happening again.” On Wednesday, Officer Melissa Newhard, a spokeswoman with the Portland Police Bureau, said the escape pointed to a “systems issue, not an individual persons issue.”

“There will be more thought put in to protocol during these heightened cleaning times due to the Covid-19 pandemic,” Officer Newhard said.

The authorities searched for Mr. Dahlen downtown and monitored local transit, though he remained at large on Wednesday afternoon. The police said in their statement that “there is no reason to believe that he presents a direct threat to the community.”

In addition to attempted murder, Mr. Dahlen also faces charges of first-degree assault, attempted assault on a public safety officer, unlawful use of a motor vehicle and second-degree escape.