Blog | Alphhainc
Home US Plenty of votes remain, but the Democrats now have an edge. 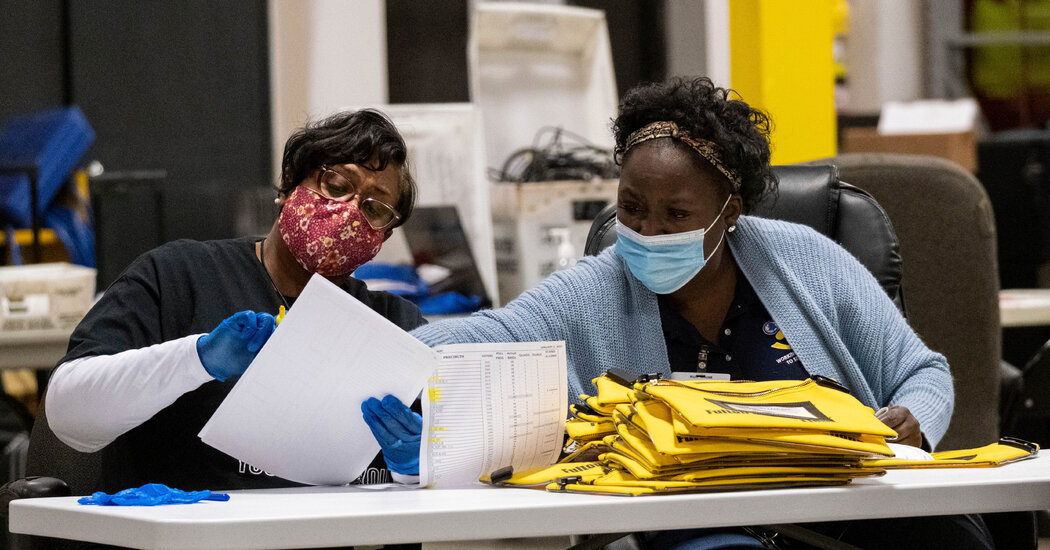 The Democrats now appear favored to prevail in both of their Senate races in Georgia, and therefore are the favorites to take control of the U.S. Senate. The two Republican candidates hold small leads in the vote count, and still have a chance to hold onto those advantages, but most of the remaining vote is in Democratic-leaning areas.

The largest block of remaining ballots is the in-person vote in DeKalb County, a heavily Democratic area that includes part of Atlanta. Over all, the two Democratic candidates are favored to win the remaining vote by around nine percentage points, according to estimates from The Upshot.

Democrats benefited from a strong turnout among Black voters, who are on track to represent a much larger share of the electorate than they did in the general election, based on the turnout by precinct and early voting data.

With 5 percent of the vote left to count, the Rev. Raphael Warnock’s projected lead over Kelly Loeffler (1.9 points) is larger than Jon Ossoff’s projected lead (1.0) over David Perdue. It’s hard to say when either race will be called. The Ossoff-Perdue call might have to wait until late absentee and provisional ballots are counted.