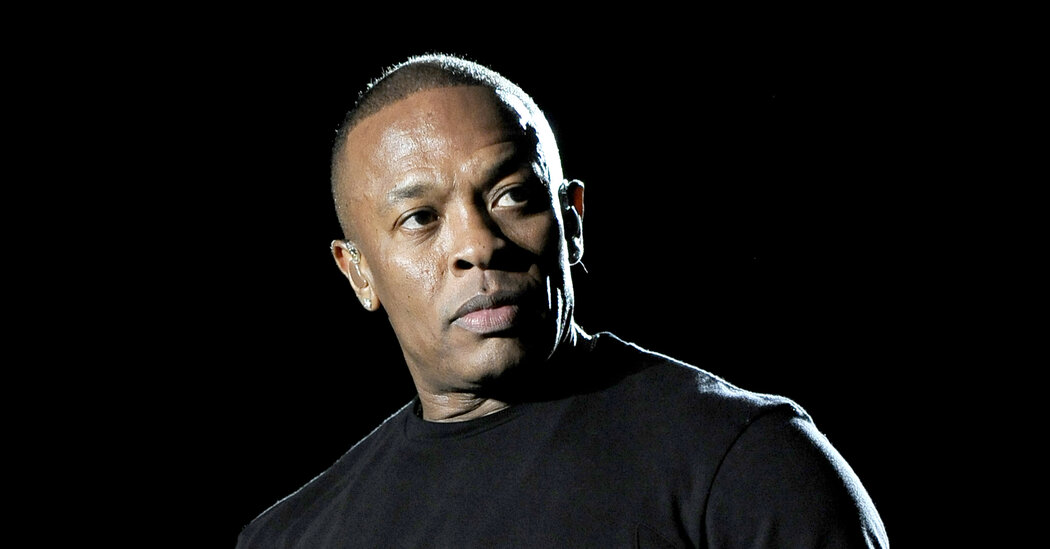 In a stylistic shift in the 1990s, Dr. Dre slowed the beat down and borrowed heavily from 1970s funk groups like Parliament-Funkadelic to create a new sound, G-Funk. It was exemplified by his 1992 album “The Chronic,” and in the work of rappers like Snoop Doggy Dogg, whom he introduced as a protégé.

He also founded his own label, Aftermath, and became closely associated with Eminem, leaving an indelible imprint on hip-hop as the music evolved over two decades. As a producer, he worked with artists like Gwen Stefani and 50 Cent, with a reputation for perfectionism that led to marathon sessions. He abandoned a planned solo album of his own, “Detox,” after more than a decade of work.

Working with Jimmy Iovine, the producer and record executive behind the label Interscope, Dr. Dre also established a headphone brand, Beats by Dre. Selling $300 headphones to ordinary consumers, and marketing its products with endorsements by sports and music celebrities, the venture transformed the audio market. By 2013, Beats Electronics, the company behind the headphones, had annual revenue exceeding $1 billion.

Around that time, Beats acquired a small music-streaming service, Mog, for $14 million, and amped it up with help from Trent Reznor of Nine Inch Nails. The next year, Apple bought Dr. Dre and Iovine’s company for $3 billion. In a video that circulated online before that deal was formally announced, Dr. Dre bragged that it had made him “the first billionaire in hip-hop.”

In recent years he has kept a relatively low profile. He and Iovine endowed a program at the University of Southern California in 2013 for a degree that blends business, marketing, product development, design and liberal arts.