Blog | Alphhainc
Home Business Biden will outline his economic priorities as Congress moves to certify his... 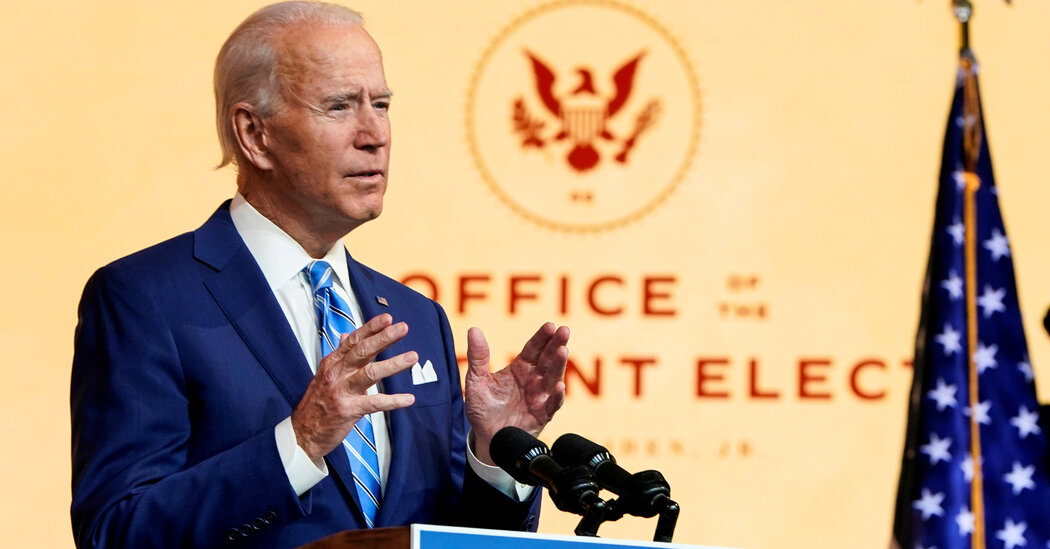 President-elect Joseph R. Biden Jr. is set to deliver a speech on the economy on Wednesday afternoon, remarks that could take on greater significance given the chance that the Senate will soon be controlled by Democrats.

Mr. Biden’s speech is expected to emphasize several of his economic priorities, including reiterating his call for another round of financial aid to help people, businesses and state and local governments weather ongoing economic pain from the virus. Mr. Biden is also expected to touch on his “Build Back Better” agenda, including new government spending on clean energy, infrastructure, health care and education.

His remarks will focus in particular on small businesses, particularly those run by Black, Hispanic, Asian and Native Americans, “who need additional resources to reopen and rebuild,” a transition spokesman said.

Mr. Biden’s speech will take place at a critical moment, as Congress moves ahead to certify the results of the 2020 vote and as a pair of Senate elections in Georgia appear headed for a Democratic win.

The president-elect’s ability to push through many of the programs and polices he campaigned on appeared more likely on Wednesday, as Democrats edged closer to gaining two Senate seats after Tuesday’s runoff election in Georgia. The Rev. Raphael Warnock was declared the winner of one seat, defeating Republican Kelly Loeffler, and Jon Ossoff, another Democrat, was leading the race against David Perdue.

If Democrats win both seats, it would give Mr. Biden’s party control of an evenly divided chamber, greatly affecting his ability to fulfill his agenda.

“Georgia’s voters delivered a resounding message yesterday: they want action on the crises we face and they want it right now,” Mr. Biden said in a written statement on Wednesday morning. “On Covid-19, on economic relief, on climate, on racial justice, on voting rights and so much more. They want us to move, but move together.”

“I have long said that the bipartisan COVID-19 relief bill passed in December was just a down payment. We need urgent action on what comes next, because the COVID-19 crisis hits red states and blue states alike,” he said.