Blog | Alphhainc
Home US A joint session of Congress is expected to last into the night... 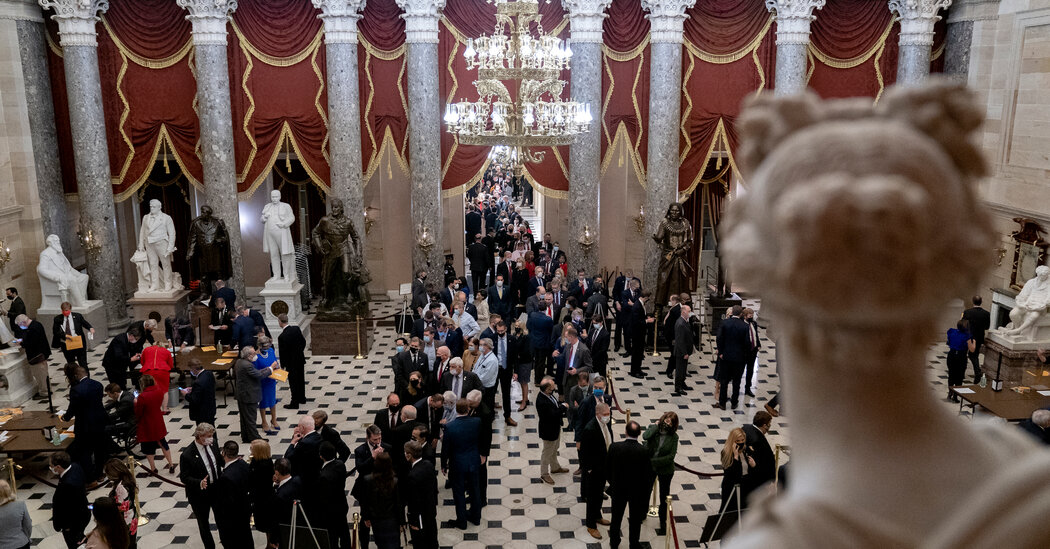 The House and Senate will convene Wednesday afternoon for a remarkable joint session to formalize President-elect Joseph R. Biden Jr.’s Electoral College victory, with President Trump and his allies plotting to transform the counting session into one final, futile attempt to overturn the results.

Bipartisan majorities in both chambers are prepared to meet late into the night to beat back the challenges and confirm Mr. Biden as the winner. But by using what is typically a ceremonial proceeding as a forum for trying to subvert a democratic election, Mr. Trump and his allies are going where no party has since the Reconstruction era of the 19th century, when Congress bargained over the presidency.

Its implications, for future elections and the Republican Party, could be significant.

At least four Republican senators — Ted Cruz of Texas, Josh Hawley of Missouri, Kelly Loeffler of Georgia and Tommy Tuberville of Alabama — have agreed to join House members to challenge the results of three battleground states Mr. Biden won: Arizona, Georgia and Pennsylvania. Senators were still weighing whether to join House members to similarly challenge the outcome in Michigan, Nevada and Wisconsin.

In each case, their objections will force the House and Senate to debate Mr. Trump’s baseless claims of election fraud for up to two hours and then vote whether to accept or reject the results certified by the state. A process that typically consists of less than an hour of glorified paperwork could take anywhere from nine to 24 hours, starting at 1 p.m. Eastern.

Even before it began, the session was already driving sharp wedges into the Republican Party that threatened to do lasting damage to its cohesion, as lawmakers decided to cast their lot with Mr. Trump or the Constitution. Top party leaders in the House and Senate appeared to be headed for a high-profile split. And while only a dozen or so senators were expected to vote to reject the outcome in key states, as many as 70 percent of House Republicans could join the effort, stoking the dangerous belief of tens of millions of voters that Mr. Biden was elected illegitimately.

Presiding over the whole affair will be Vice President Mike Pence, whom statute and tradition dictate must ultimately declare Mr. Biden the winner. Mr. Trump is pressuring him to go rogue and reject electors in key battleground states he lost, handing them a second term.

The demand ensures Mr. Pence, too, must choose between the Constitution and his loyalty to Mr. Trump. The answer could shape his own political future.