Blog | Alphhainc
Home US Mike Shirkey, Who Will Meet with Trump, Said He Wouldn’t Override Biden’s... 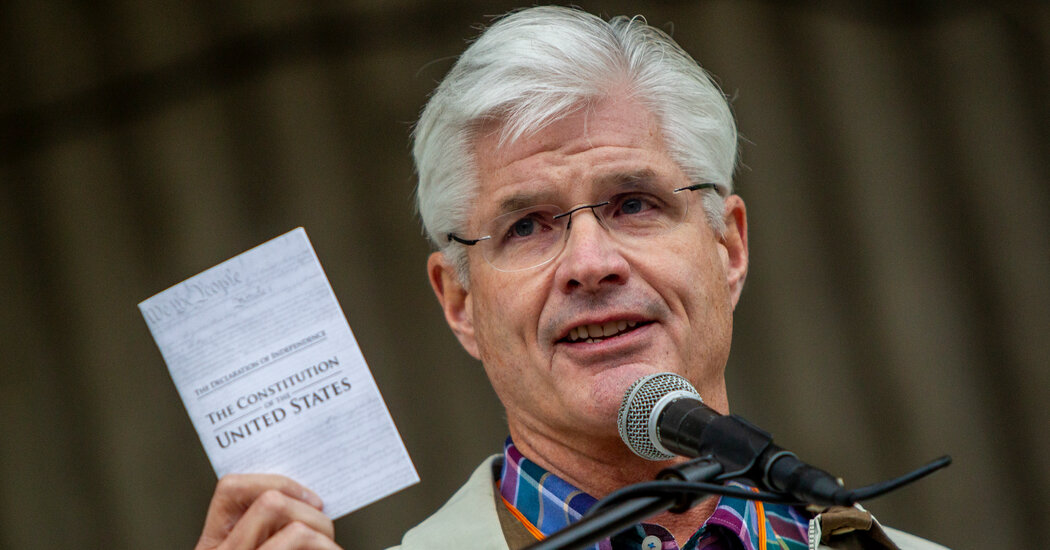 A little-known manufacturing executive serving out his final two years as majority leader of Michigan’s Republican-controlled Senate finds himself thrust into the maelstrom of President Trump’s scheme to subvert the election.

On Thursday, Mr. Trump invited Mike Shirkey, who turns 66 next month, to the White House with other Republican lawmakers — at a moment when he seems to be pressuring officials to overturn President-elect Joseph R. Biden Jr.’s decisive victory in the state by appointing new electors.

Mr. Trump may have a tough sell during the meeting, which is expected to take place on Friday, and also include the Republican speaker of the Michigan House, Lee Chatfield.

Mr. Shirkey has committed to heading a legislative probe into “numerous allegations” of election irregularities. But he has balked at overturning the results, and publicly questioned the president for not accepting an official accounting that shows Mr. Biden with a lead of nearly 150,000 votes.

Attempts to convince state lawmakers to change the election outcome in favor of Mr. Trump is “not going to happen,” he told the nonprofit publication Bridge Michigan on Tuesday before the dramatic 24 hours of back-and-forth actions of a four-member board charged with certifying elections in Wayne County.

“We are going to follow the law and follow the process,” said Mr. Shirkey, who endorsed Ben Carson in the 2016 primary but backed Mr. Trump in the general election. “I do believe there’s reason to go slow and deliberate.”

Mr. Shirkey added that he did not expect any of the Trump campaign’s legal challenges would “ultimately change the results of the election.”

He did not respond to requests for comment, and the White House did not say why he had been summoned.

As a Republican leader in his state, Mr. Shirkey has tried to maintain political equilibrium, opposing efforts by Gov. Gretchen Whitmer, a Democrat, to close businesses and schools to fight the pandemic — while resisting efforts to impeach her.

Before being elected to the Senate in 2015, Mr. Shirkey served four years in the Michigan House of Representatives, worked for General Motors, and founded Orbitform, which produces prototypes for manufacturers at a facility in the southern part of the state.

In his interview with Bridge Michigan, he went further than most Republicans in accepting Mr. Biden’s win, urging Mr. Trump to begin facilitating the transition.

“I do think that it’s inappropriate for the Trump administration to not start sharing information,” Mr. Shirkey said.

Mr. Chatfield has been more equivocal, tweeting on Nov. 6 that every “legal vote needs to be counted” and “whoever gets the most votes will win Michigan! Period. End of story. Then we move on.”