Blog | Alphhainc
Home US Lara Trump, the president’s daughter-in-law, is eyeing a Senate run in North... 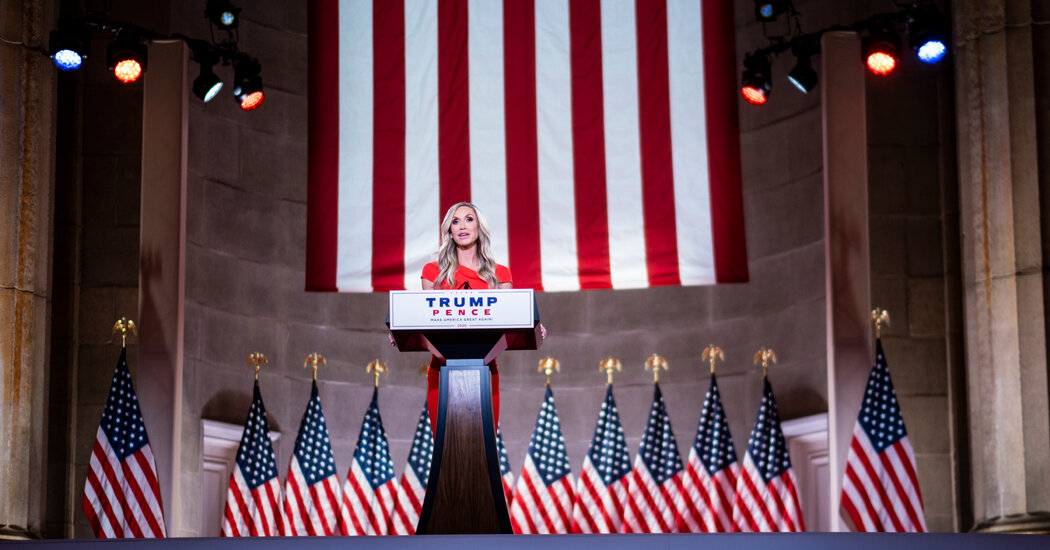 Lara Trump, the president’s daughter-in-law who emerged during the 2020 presidential campaign as a defender of President Trump’s basest political instincts, is now eyeing a political future of her own in her home state of North Carolina.

As Mr. Trump attempts to subvert the election to remain in power, Ms. Trump, three allies said, has been telling associates she is considering a run for Senate in 2022, in what is expected to be a competitive race for the first open Senate seat in a generation in a very swingy swing state. Senator Richard Burr has said he will retire at the end of his term.

Mr. Trump won North Carolina by a smaller margin than he did four years ago, just 1.3 percentage points, a sign that overall the state is trending blue and that the race for the Senate seat will be tightly contested in the first post-Donald Trump election.

Ms. Trump, 38, a former personal trainer and television producer for Inside Edition, wed Eric Trump at the family’s Mar-a-Lago estate in 2014 and worked as a senior adviser on the 2020 Trump campaign. Now, the daughter-in-law whom Mr. Trump had often joked to donors that he “couldn’t pick out of a lineup” is floating herself as the first test of the enduring power of the Trump name.

It’s not apparent that simply having the family backing would empty, or even diminish, the field in what is expected to be one of the most targeted seats in the nation where Republican candidates with experience in the state are already lining up.

There’s Representative Mark Walker, a Trump ally whom the president has encouraged to run for Mr. Burr’s seat, and indicated he would support. There’s Pat McCrory, the former governor, who has said he is eyeing the seat. Tim Moore, the North Carolina Speaker of the House, is said to be in the mix. And Dan Forest, who just lost a race for governor against the Democratic incumbent, Roy Cooper, is expected to be in the field.

And then there is another contender from the president’s inner circle: Mark Meadows, the former North Carolina representative and White House chief of staff, is widely expected to move back home and run for the seat. Aides to Mr. Meadows declined to comment about his political future.

But none of those more experienced candidates have the name recognition and the ability to raise big online cash that the president’s daughter-in-law has. “She would be formidable,” said Kellyanne Conway, a former White House official and the 2016 Trump campaign manager.