Blog | Alphhainc
Home US Confrontations in swing states escalate as Trump continues to attack the election... 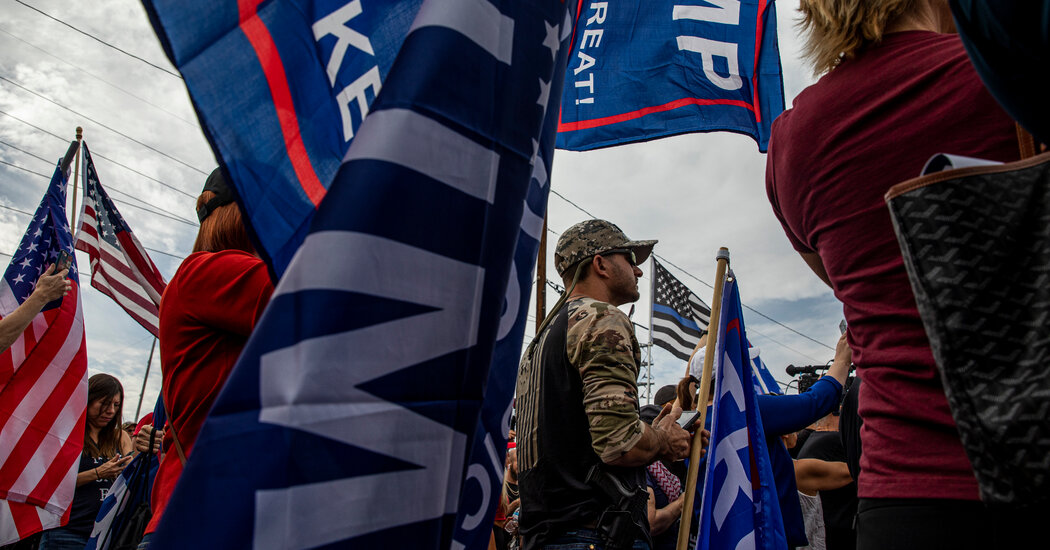 President Trump’s false accusations that voter fraud denied him re-election are causing escalating confrontations in swing states across the country, leading to threats of violence against officials in both parties and subverting even the most routine steps in the electoral process.

In courtrooms, statehouses and election-board meetings across the country, the president is increasingly using the weight of his office to deliver his message to lower-level election workers, hoping they buckle. It has not worked.

The extraordinary assault on the voting system by the president and his allies has taken on added intensity as the deadlines for certifying results in several states approach. Once certified, the final tallies will further complicate Mr. Trump’s attempt to overturn his loss. Here is a look at some of the states where tensions are rising and local officials are receiving threats of violence.

On Wednesday, the secretary of state, Katie Hobbs, a Democrat, lamented the “consistent and systematic undermining of trust” in the elections and called on Republican officials to stop “perpetuating misinformation.” She described threats against her and her family in the aftermath of Joseph R. Biden Jr.’s victory in her state.

In a state where Mr. Biden has clung to a narrow lead through a recount that was scheduled to have concluded Wednesday night, Secretary of State Brad Raffensperger, a Republican, has said he, too, received menacing messages. He also said he felt pressured by Senator Lindsey Graham, a Trump ally and chairman of the Senate Judiciary Committee, to search for ways to disqualify votes. The state faces a Friday deadline to certify its election results.

Republican state lawmakers advanced a proposal on Wednesday to audit the state’s election results that cited “a litany of inconsistencies” — a move Democrats described as obstructionist given Mr. Trump’s failure to present evidence of widespread fraud or other problems in a state where Mr. Biden’s margin of victory is more than 80,000 votes and growing.

Nowhere was the confusion and chaos more evident than in Michigan, where two Republican members of the canvassing board in Wayne County, which includes Detroit, initially refused to certify election results on Tuesday, then reversed their votes following a public outcry, only to attempt to rescind their approval the next day. State election officials said the board members could not rescind their votes. It was revealed on Thursday that Mr. Trump had called one of the Republican members to thank her for her support.