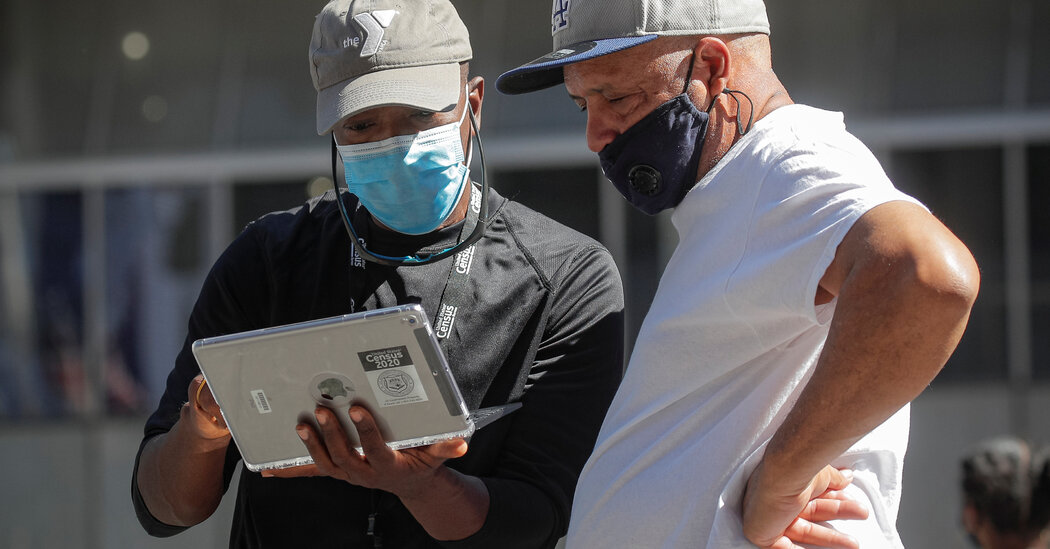 In a blow to the Trump administration’s efforts to strip unauthorized immigrants from census totals used for reapportionment, Census Bureau officials have concluded that they cannot produce the state population totals required to reallocate seats in the House of Representatives until after President Trump leaves office in January.

The president said in July that he planned to remove unauthorized immigrants from the count for the first time in history, leaving an older and whiter population as the basis for divvying up House seats, a shift that would be likely to increase the number of House seats held by Republicans over the next decade.

But on Wednesday, according to three bureau officials, the Census Bureau told the Commerce Department that a growing number of snags in the huge data-processing operation that generates population totals had delayed the completion of population calculations at least until Jan. 26, and perhaps to mid-February. Those officials spoke on the condition of anonymity for fear of reprisals from the Trump administration.

Commerce Secretary Wilbur Ross, whose department oversees the bureau, was informed of the holdup on Wednesday evening, those people and others said. The Commerce Department and the Census Bureau did not immediately respond to requests for comment.

Under law, the White House must send a state-by-state census tally to the House of Representatives next year which will be used to reallocate House seats among the states. On Mr. Trump’s order, the Census Bureau is trying to compile a separate state-by-state tally of unauthorized immigrants, in order to subtract those people from official census results before they are dispatched to the House.

That cannot happen — and Mr. Trump’s plan will become moot — if the census totals are not completed before Mr. Trump leaves office on Jan. 20.

It is possible that the administration could still order the bureau to produce the state-by-state population data before the president’s term ends, regardless of problems that affect its accuracy. But experts on census issues said it was unclear whether the bureau’s career staff — data scientists and other experts who have devoted their careers to an accurate head count — would carry out such an order or instead resign en masse.

The ramifications of the president’s order extend well beyond the House. Excluding unauthorized immigrants from population totals could drastically alter the allotment of federal dollars for a broad range of services, generally shifting grants and government resources from cities to less populated areas.

The virus has made this nine-hour college entrance exam even more grueling.

Britain approves a vaccine, the first nation in the West to do so.

The virus has made this nine-hour college entrance exam even more...

Britain approves a vaccine, the first nation in the West to...

The virus has made this nine-hour college entrance exam even more...

Britain approves a vaccine, the first nation in the West to...

Republicans have grown worried about the economic outlook since Biden’s victory,...