Blog | Alphhainc
Home US At a Georgia rally, Republicans avoid mentioning Trump’s loss while trying to... 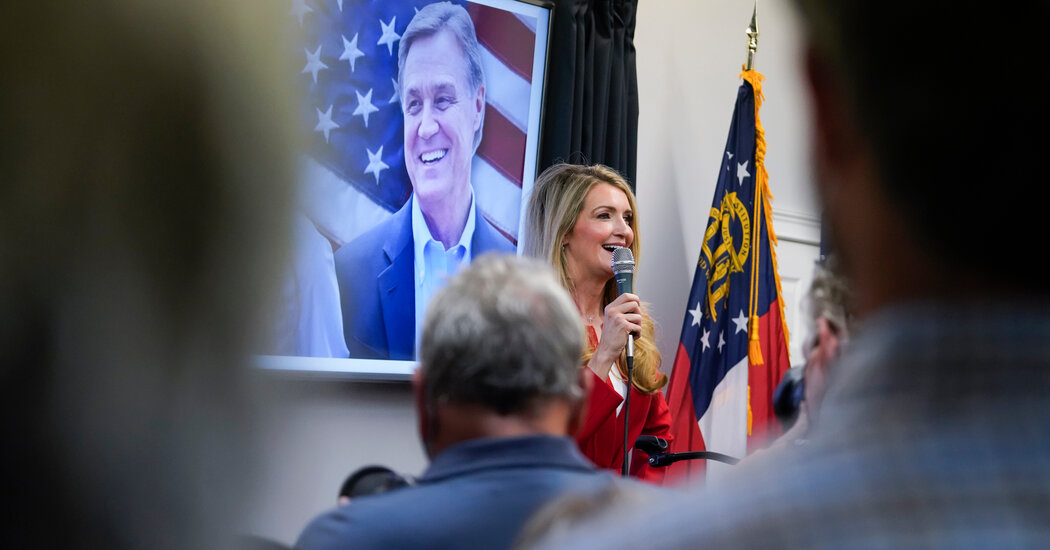 PERRY, GA — Republican senators toed a careful line in central Georgia on Thursday, seeking to rally their base for the January runoff without acknowledging the reality that President Trump lost his bid for re-election.

The event, a joint rally with the state’s two senators, Kelly Loeffler and David Perdue, and Senator Tom Cotton of Arkansas, framed the runoff election as Republicans’ last line of defense against a unified Democratic White House and Congress. However, Republicans carefully avoided any mention of Mr. Trump, who has yet to concede the race and has peddled baseless conspiracy theories about the national electorate and election administration in Georgia.

After the rally, Mr. Cotton was asked if he was implicitly acknowledging that President-elect Joseph R. Biden Jr. had won the election. He deflected and said Georgia was “in the middle of a recount right now and we’ll see what happens.”

Mr. Perdue framed the battle for control of the Senate as an existential one for the country.

“God has put us in this position to tell the world what America is going to be for the next 50 to 100 years.”

The rally came at a time of extraordinary political turmoil in Georgia and across the country. The state, which voted for a Democrat for the first time since 1992, has faced criticism from Republicans and Mr. Trump for its election administration, even though no evidence of voter fraud has emerged.

Mr. Perdue and Ms. Loeffler have called for the resignation of Georgia’s secretary of state, Brad Raffensperger, a fellow Republican. Mr. Raffensperger has fired back in several interviews, saying the politicians were eroding trust in democracy for political gain.

The divisions were reflected among the rallygoers at Thursday’s event, which was hosted at the Georgia National Fairgrounds in Mr. Perdue’s home county. In interviews before the event, which was also a chance for Mr. Cotton to showcase himself as a possible presidential candidate in a battleground state, residents were united in their distaste for Mr. Raffensperger.

U.S. elections officials have deemed the election this month the safest in American history and there has been no credible evidence of fraud. Despite that, several attendees at the Georgia rally said they did not trust the results and supported Mr. Trump’s unwillingness to concede.