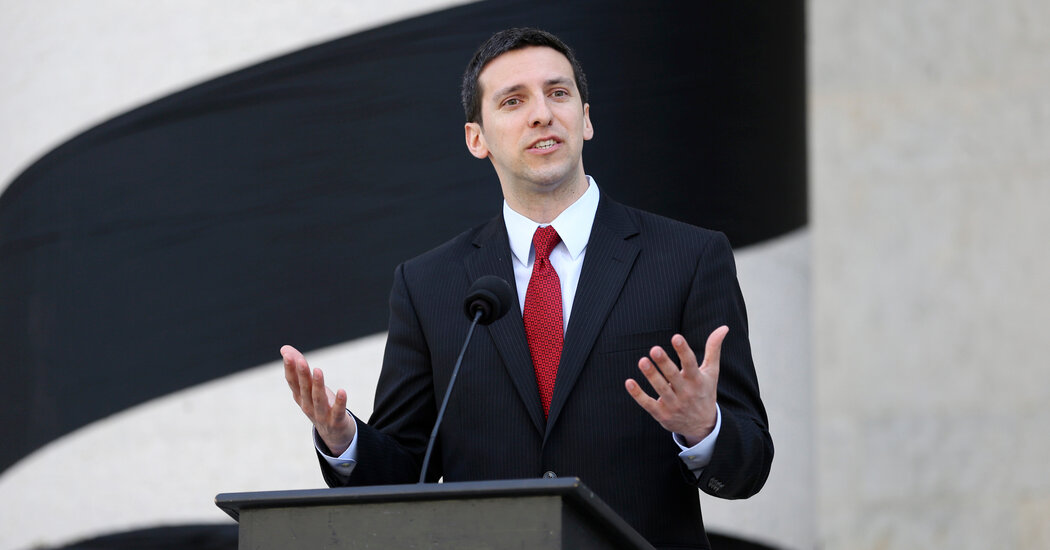 For Cincinnati, it’s been a one-two-three punch.

The first blow came in February when Tamaya Dennard, the president pro tem of the Cincinnati City Council, was arrested and charged with accepting $15,000 in bribes in exchange for a vote on the Council. She pleaded guilty in June and faces up to 20 years in prison when she is sentenced in federal court next week.

The second landed last week when Jeffrey Pastor, another member of the City Council, was charged with taking $55,000 in bribes in return for promising to help city development projects, including the redevelopment of a downtown building. Mr. Pastor has pleaded not guilty and has resisted calls to step down.

Then, on Thursday, Alexander Sittenfeld became the third member of the City Council charged with corruption when he was arrested at home and charged with taking $40,000 in bribes while promising to “deliver the votes” for the same downtown development project that Mr. Pastor was involved in, federal prosecutors said.

The charges against a third member of the nine-person Council stunned local political leaders and reinforced what federal prosecutors have called a “culture of corruption” that has undermined trust in City Hall.

“The citizens of Cincinnati have to be wondering right now: How can that trust be restored when one-third of City Council has been arrested this year for bribery and extortion and honest services cases?” Chris Hoffman, the special agent in charge of the F.B.I.’s Cincinnati field office, said at a news conference on Thursday.

A Democrat who is known as P.G., Mr. Sittenfeld lost to former Gov. Ted Strickland in the 2016 Democratic primary for U.S. Senate, but was considered a promising candidate for mayor next year. A graduate of Princeton University who was awarded a Marshall Scholarship to attend graduate school at Oxford University, he was first elected to the City Council in 2011 and was Cincinnati’s top vote-getter in the two most recent citywide elections, according to his Council biography.

“He was the bright young boy wonder of Cincinnati city politics with the Ivy League pedigree and the old money family,” said David Niven, an associate professor of political science at the University of Cincinnati. “This was not a local pol who everyone expected was mixed up in the seedier side of politics.”

Prosectors said Mr. Sittenfeld had accepted six checks totaling $40,000 from federal agents posing as real estate investors and had stashed the money in a political action committee that he secretly controlled.

According to a six-count indictment, Mr. Sittenfeld accepted the bribe money in 2018 and 2019, while promising to “deliver the votes” and perform other official acts for the downtown development project, which needed City Council approval.

The case began in 2018 when Mr. Sittenfeld asked for money from Chinedum Ndukwe, a former player for the Cincinnati Bengals, whom Mr. Sittenfeld knew was actively seeking an agreement with the city to develop the project and had been unsuccessful in his attempts, prosecutors said.

Mr. Sittenfeld did not know that Mr. Ndukwe was already cooperating with the federal authorities on the investigation that would lead to bribery charges against Mr. Pastor, a Republican.

At a meeting in November 2018 set up with Mr. Ndukwe’s help, Mr. Sittenfeld went for lunch at a downtown Cincinnati restaurant and indicated to undercover agents that he would shepherd votes for the real estate project, prosecutors said.

He presented voting data showing that he was politically popular in Cincinnati and said he was likely to be the next mayor, according to prosecutors.

“I can move more votes than any other single person,” Mr. Sittenfeld said, according to the indictment. On another occasion, in December 2018, he said, “Don’t let these be my famous last words, but I can always get a vote to my left or a vote to my right,” according to prosecutors.

Over the next several months, prosecutors said, Mr. Sittenfeld told undercover agents that he was continuing to pressure officials to support the project.

David M. DeVillers, the U.S. attorney for the Southern District of Ohio, said prosecutors did not believe that Mr. Pastor and Mr. Sittenfeld were working together, even though their cases both involved Mr. Ndukwe as a cooperating witness.

Mr. Sittenfeld was charged with two counts each of honest services wire fraud, bribery and attempted extortion by a government official, prosecutors said. He pleaded not guilty in federal court in Cincinnati on Thursday and was released without cash bond. His lawyer, Diane Menashe, declined to comment.

Political leaders expressed outrage at the charges, saying they had badly damaged public confidence in local government. Mayor John Cranley, a Democrat who must leave office next year because of term limits, called on Mr. Sittenfeld to resign and urged new candidates to get involved in city politics.

“With three Council members arrested, it’s hard not to argue there’s a culture of corruption problem on City Council,” he told reporters. “We need to clean house and change it.”

Drawing a distinction between the two previous corruption cases and the one against Mr. Sittenfeld, Mr. Cranley said that while Mr. Pastor and Ms. Dennard, a Democrat, appeared to be “desperate for money,” Mr. Sittenfeld seemed driven by the “accumulation of power.”

Alex Triantafilou, the chairman of the Hamilton County Republican Party, said leaders of both parties needed to come together “to root out bad actors and restore faith in our city.”

“This City of Cincinnati has now been brought to its knees,” he wrote on Twitter. “We need drastic reform unlike anything we’ve ever seen in the history of this city. The voters of this city must make serious changes in 2021 and they need to understand how truly broken City Hall has become.”