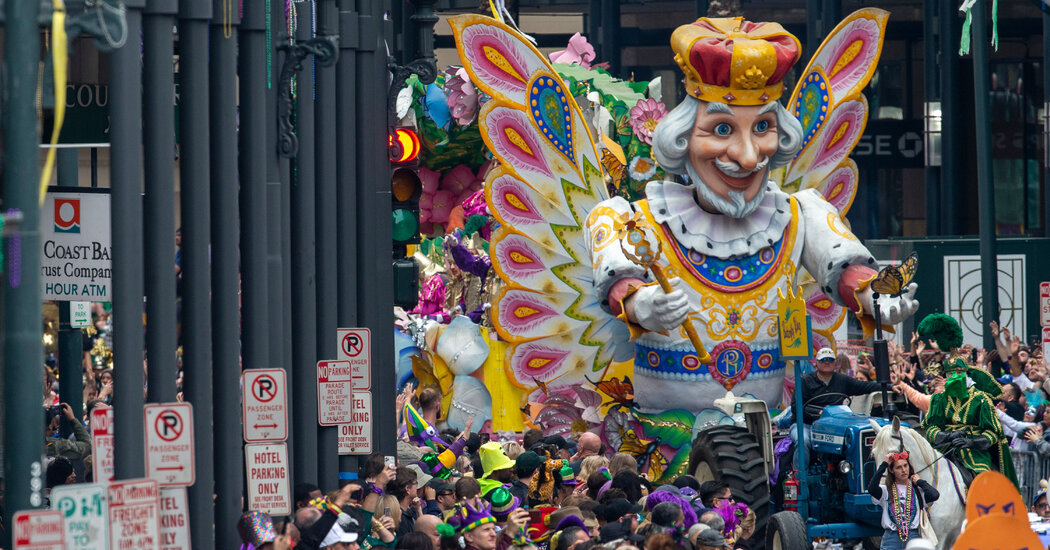 New Orleans announced that there would be no parades during the February 2021 Mardi Gras celebrations, bowing to the near-certainty that the coronavirus pandemic will remain a public health crisis through the winter.

The crowds that typically line the city’s streets for weeks each February would have the potential to become superspreader events, running far afoul of the city’s current limit of 250 people at gatherings. The city has solicited ideas for how to safely celebrate under the current coronavirus restrictions, but the typically joyous, colorful affairs that attract seas of tourists will not go on as usual.

“We know that what we celebrate next year is not going to look like it’s looked in any other year,” Beau Tidwell, a city spokesman, said at a news conference on Tuesday.

City officials were careful to specify that Mardi Gras was not being canceled; there were still likely to be smaller events planned. But they would bear little resemblance to the enthusiastic bacchanals long associated with the city.

Dan Kelly, president of the Krewe of Endymion, a social club that organizes a parade, told nola.com that the restrictions came as “a total shock.”