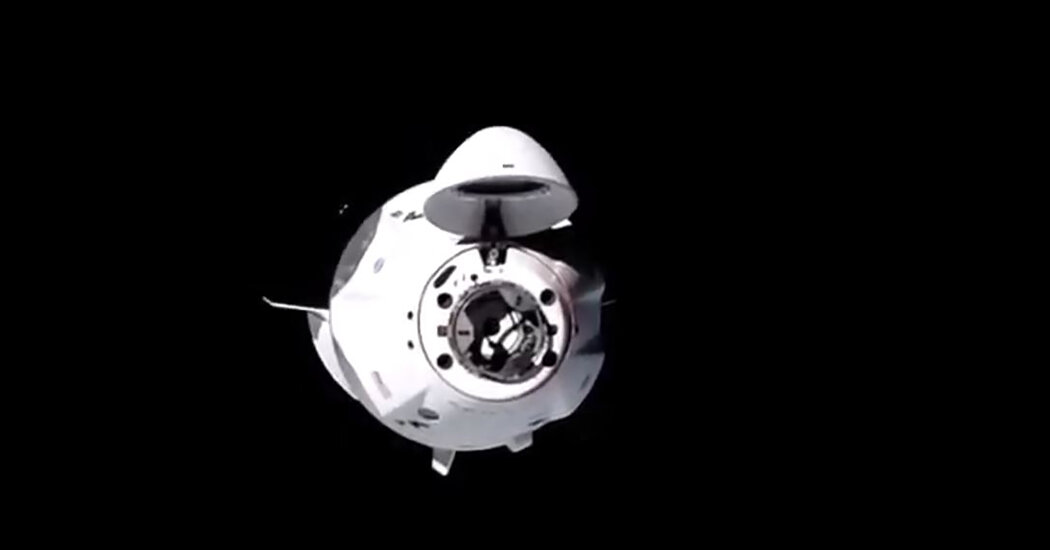 “Docking confirmed — Crew Dragon has arrived at the @space_station!” the rocket company SpaceX, started by Elon Musk, announced on Twitter.

When the Dragon’s commander, Mike S. Hopkins, made radio contact, Kate Rubins, an astronaut aboard the space station, called out, “Oh, what a good voice to hear,” The Associated Press reported.

The trip is a milestone in the effort to bring private spaceflight to reality.

“For the first time in history, there is a commercial capability from a private sector entity to safely and reliably transport people to space,” Phil McAlister, director of commercial spaceflight development at NASA, said in a telephone interview with reporters on Thursday.

In the future, instead of relying on government-operated spacecraft, NASA astronauts and anyone else with enough money can buy a ticket on a commercial rocket.

The four astronauts on this flight are Mr. Hopkins, Shannon Walker and Victor J. Glover of NASA and Soichi Noguchi, a Japanese astronaut. They are to stay at the space station for six months.