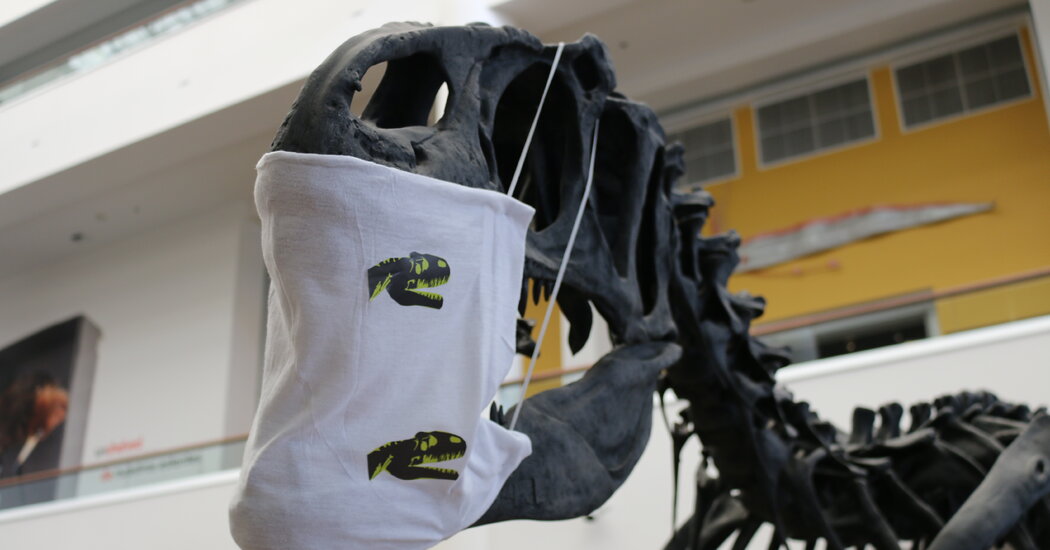 At the San Diego Natural History Museum, and at institutions much like it across the country, the exhibition halls remain dark, the atriums empty, the frontline employees furloughed.

Judy Gradwohl, the president and CEO of the museum, decided in August to close for the remainder of the year — and she said in an interview on Tuesday that she believes she made the right call.

“We’re finding great ways to channel our energy into online programming and making headway on a number of projects,” Ms. Gradwohl said, “as opposed to spending all our time trying to figure out how to stay open safely.”

Now a survey by the American Alliance of Museums published Tuesday makes clear that nearly one in three museums in the United States remains closed because of the pandemic, and most of those have never reopened since the initial shutdown in March.

The San Diego museum is an active scientific research facility that does not rely as heavily as other museums on ticket income. But, for others, the financial issues are becoming critical.

Of the 850 museum directors who responded to the survey, which was conducted in the second half of October, just over half said their institutions had six months or less of their financial operating reserve remaining. Eighty-two percent said they had 12 months or less.

Those figures are similar to the results of the first survey the group conducted in June, indicating that, for museums that have reopened, a few months of capacity-restricted operations have not made much of a difference.

“The financial state of U.S. museums is moving from bad to worse,” Laura Lott, the president and CEO of the American Alliance of Museums, said in a statement announcing the survey findings. “Those that did safely serve their communities this summer do not have enough revenue to offset higher costs, especially during a potential winter lockdown.”

Institutions that have reopened are operating at only about a third of their capacity, the survey showed. Just over half have furloughed or laid off staff since March, with nearly 70 percent of frontline employees, including those who work in guest services, admissions and retail, affected.

American museums, which receive smaller government subsidies than European institutions, have been particularly hard hit by the pandemic. They rely on donations and ticket sales to keep their doors open, but those have decreased or dried up since March. Museum directors reported that, on average, they expected to lose about a third of their institution’s budgeted operating income in 2020.

Nearly one in three museum directors said their institutions were at risk of permanent closure if they did not find additional funding in the next 12 months. Twelve percent of directors characterized their institution as being at “significant risk,” and 17 percent said they “didn’t know” if they would survive.

Some museums have tried moving their annual fund-raising galas online, but virtual events, on average, fall short of the goals the institutions had projected before the pandemic, the survey showed, bringing in only about two-thirds of the expected donations.

A number of smaller museums have been unable to hang on, absent a robust donor base or further financial relief from the government. The World of Speed Motorsports Museum in Wilsonville, Ore., announced in May that it would not reopen; the Tahoe Maritime Museum in California shut down in July; and the K.G.B. Museum in Manhattan closed last month,