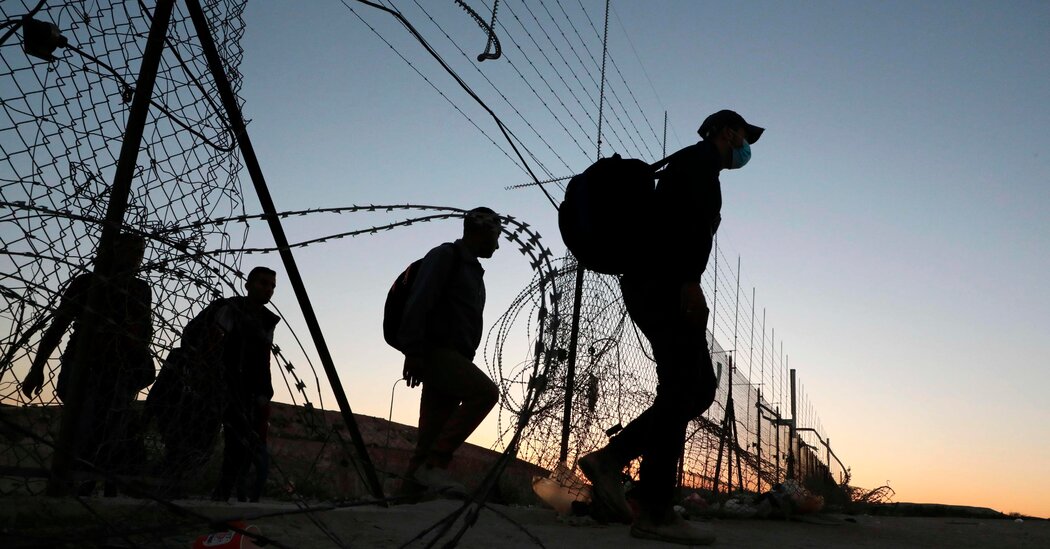 This is a developing story. Please check back for updates.

JERUSALEM — The Palestinian Authority said Tuesday that it was resuming its cooperation with Israel, ending six months of financial hardship for tens of thousands of West Bank residents and signaling relief over the election of Joseph R. Biden Jr.

In May, as Prime Minister Benjamin Netanyahu of Israel pressed to annex territory on the occupied West Bank that the Palestinians have long counted on for a future state, Mahmoud Abbas, the authority’s president, cut off security coordination with Israel in protest. The move raised fears that attacks might go unprevented.

Mr. Abbas also severed civilian ties, including those that help Palestinians travel into Israel for work or medical treatment, and refused transfers of money from Israel.

The loss of more than $100 million a month in taxes that Israel collects on the Palestinians’ behalf forced salary cuts for tens of thousands of public-sector employees. The lack of funds compounded what was already a devastating economic crisis because of the pandemic.

In a surprising turn of events, annexation was derailed, but not in response to the Palestinians’ kamikaze-style pressure tactics: Mr. Netanyahu agreed to “suspend” his push to assert Israeli sovereignty over much of the West Bank in exchange for landmark normalization agreements with the United Arab Emirates and Bahrain.

The Palestinians, however, held out for more concrete guarantees that annexation was dead. In the end, the election of Mr. Biden, who has stated his opposition to any such unilateral moves by Israel, gave the Palestinians the assurances they sought.

The Trump administration had indicated it supported annexation.

The resumption of coordination was announced on Twitter by Hussein al-Sheikh, a Palestinian Authority minister who oversees relations with Israel and is one of Mr. Abbas’s closest advisers. Saying that Israel had reconfirmed its commitment to prior agreements with the Palestinians, he wrote, “the relationship with #Israel will return to how it was.”