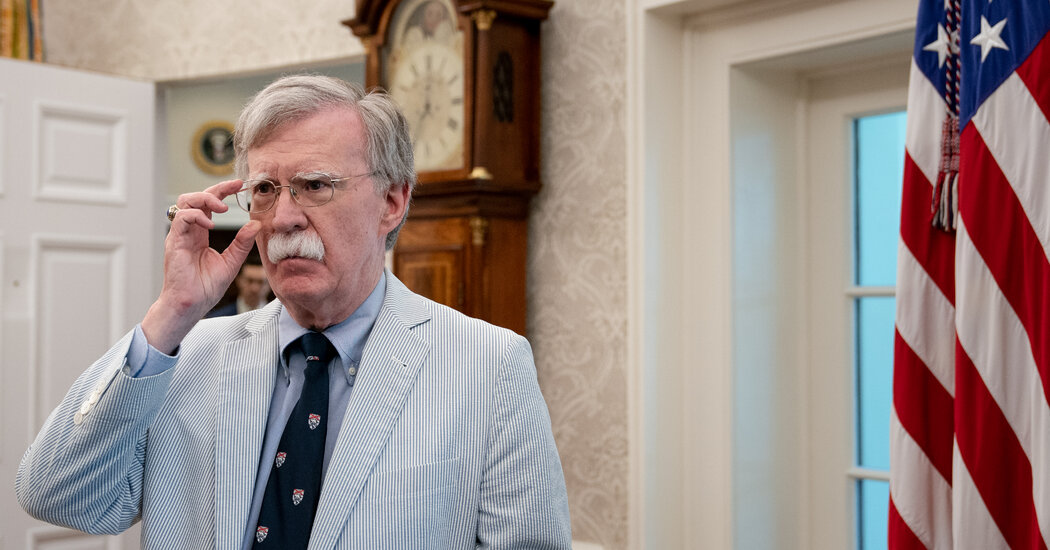 Even as more top Republicans urged President Trump on Sunday to allow for an orderly presidential transition, the president himself, after briefly appearing to acknowledge his election loss, resumed spreading the kinds of baseless accusations of election fraud that his supporters have embraced.

Though his tweet on Sunday that Joseph R. Biden Jr. “won because the Election was Rigged” at least appeared to recognize Mr. Biden’s victory (though Mr. Trump vowed not to concede), by Monday morning, he had resumed his former refrain, tweeting, “I won the Election!” His campaign’s lawsuits, built around claims that, among other things, Republican poll watchers were not allowed to observe ballot counting and that tabulation machines were tainted, have been mostly rejected in court.

John R. Bolton, Mr. Trump’s former national security adviser, on Sunday joined the chorus of Republicans urging Mr. Trump to accept defeat, warning on ABC’s “This Week” of the threat to the country if the president made “life as difficult as he can” for the incoming administration and calling the Trump team’s litigation “the legal equivalent of pitching pennies.”

“I think it’s very important for leaders of the Republican Party to explain to our voters — who are not as stupid as the Democrats think — that, in fact, Trump has lost the election and that his claims of election fraud are baseless,” Mr. Bolton said.

Some Republican governors have also acknowledged the need for a smooth transition.

On NBC’s “Meet the Press” on Sunday, Gov. Asa Hutchinson of Arkansas stated that Mr. Biden should have access to intelligence briefings and stressed the need for a smooth transition of power for the distribution of a coronavirus vaccine, while also acknowledging that there was “a process” to accepting the outcome of the election, including the ongoing recount in Georgia.

Gov. Mike DeWine of Ohio, a supporter of Mr. Trump, told CNN on Sunday that it was “important for a normal transition” to the next presidential administration to begin, saying, “We have to have faith in our judicial system, faith in our electoral system.”

While he voiced support for Mr. Trump’s various legal challenges to the election, he said, “On the other hand, it’s clear that, certainly based on what we know now, that Joe Biden is the president-elect.”

Many of Mr. Trump’s supporters are just as adamant as the president himself in refusing to accept the results of the election. Thousands of them rallied behind him in Washington on Saturday. They were met with counterprotests, and violence ensued Saturday night as the police made 21 arrests and one person was stabbed.