Blog | Alphhainc
Home World Houses of worship in N.Y.C. strive to keep their members praying together... 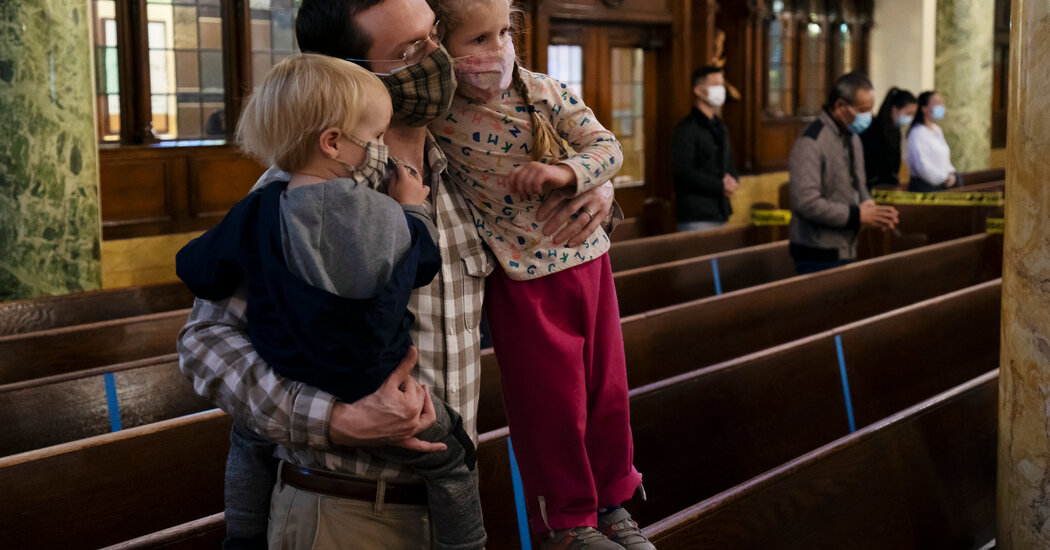 New York State shut down religious services at the end of March, during the first wave of the coronavirus, and didn’t allow them to resume until June. But as the infection rate rises in New York City, new restrictions may soon be put in place. For now, the houses of worship try to keep their members praying together while staying apart.

At the Christian Cultural Center, a megachurch in Brooklyn, 19 members have died of Covid, and hundreds more have been infected, including the pastor, Dr. A.R. Bernard, who said he spent a week in the hospital in March “with every symptom imaginable.”

After a month of quarantining at home, Dr. Bernard returned to work, broadcasting services on YouTube and Facebook that are viewed by tens of thousands of congregants.

Like many other large, predominantly Black churches in New York City, the Christian Cultural Center has not reopened its building since March because of deep concerns for the safety of congregants, Dr. Bernard said.

The virus has hit Black and Latino people in the city particularly hard, with their rates of death twice as high as those for white people.

“We witnessed the inefficiencies and inequities in health care when it came to certain communities,” Dr. Bernard said.

At the Jewish Center in Manhattan, the sanctuary accommodates more than 500 people, but only 60 are now allowed inside at a time. Attendees must preregister online, answer a coronavirus exposure survey and have their temperature taken at the door.

When weather permits, shortened services are held outside on the rooftop.

“In Judaism, the preservation of life is of the highest priority, and that has to come before all other considerations,” said Rabbi Yosie Levine, who has served at the synagogue since 2004.

At the Dar Al-Dawah mosque in Queens, attendance has been limited to 64 people. Worshipers bring their own prayer rugs and set them up in designated spots, six feet apart.

“In our religion, we have to keep our soul and our body healthy,” said Sheikh Akram Kassab, Dar Al-Dawah’s imam, who pointed out that Muslims can do their five daily prayers at home. “We have to respect the religion, and we have to respect our neighbors and keep them safe, whether they are Muslim or not.”