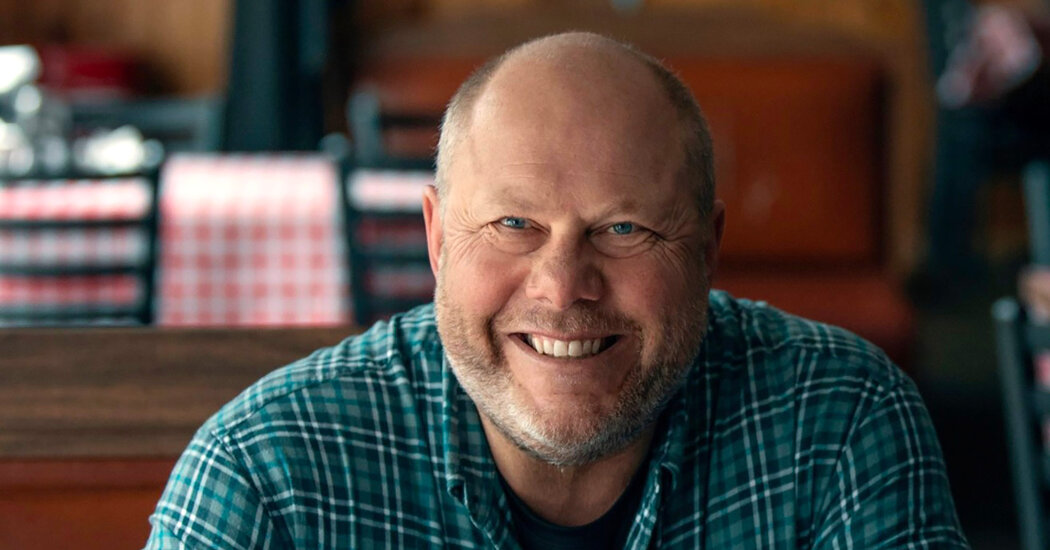 He was known as “Dakota Dave,” a walking, talking billboard for his home state of North Dakota.

David Dean Andahl was passionate about farming, cattle ranching and racecar driving, a sport he pursued at tracks around the world. He was also president of Dakota Sports Marketing, where he promoted the state’s economic and tourism opportunities.

And he was interested in politics. A member of the Burleigh County Planning and Zoning Commission for 16 years, he served as chairman for eight.

This year, he sought to take a step up by running for the state House of Representatives. Mr. Andahl cleared the first hurdle, winning a heated Republican primary in June against a longtime incumbent, state Representative Jeff Delzer, chairman of the powerful appropriations committee.

Mr. Andahl won the endorsement of two of the state’s most influential Republicans, Gov. Doug Burgum and Senator Kevin Cramer, with Senator Cramer telling the Minneapolis Star Tribune that he backed Mr. Andahl “because we need more Trump Republicans in the state legislature.”

But at the same time, the deadly coronavirus was surging across the country, especially in North Dakota. Mr. Andahl, who already had unspecified health issues, was cautious about the virus, his family wrote on Facebook. But in late September he became ill and was hospitalized in Bismarck. On Oct. 5, with the election a month away, he died after “a short battle with Covid-19,” the family said. He was 55.

At that point, it was too late to take his name off the ballot. On Nov. 3, the residents of District 8, a sprawling rural area north of Bismarck, elected him posthumously to the legislature.

A political squabble ensued over how to fill the seat. The governor sought to make an appointment but was blocked by the attorney general. The matter was unresolved and is in court, Loren DeWitz, chairman of the District 8 Republican Party, said in a phone interview.

At an outdoor memorial service for Mr. Andahl, he was remembered for being a man of his word; for his love of his dogs, Bear, Zeus and Hank; and for his willingness to lend a hand, whether, as one friend put it, “building a deck, borrowing a tool, hauling many loads of dirt or just being there to drink and listen.” His drink of choice was Glenlivet single malt.

Mr. Andahl was born on Oct. 30, 1964, in Bismarck. He obtained his associate’s degree from Bismarck State College and studied animal science at North Dakota State University. His survivors include his parents, Ronald and Patricia Andahl; his sister, Darcy; and his son, Charles (Tia) Lacy.

Mr. Andahl was also a partner and general manager of 4T Ranch, which has been in the Andahl family for three generations. As Bismarck grew, developers expressed interest in buying pieces of 4T Ranch. Instead of selling, the family created its own company, 4T Ranch Developers, Inc., with Mr. Andahl as president, and built a rural housing subdivision called “The Ranch.”