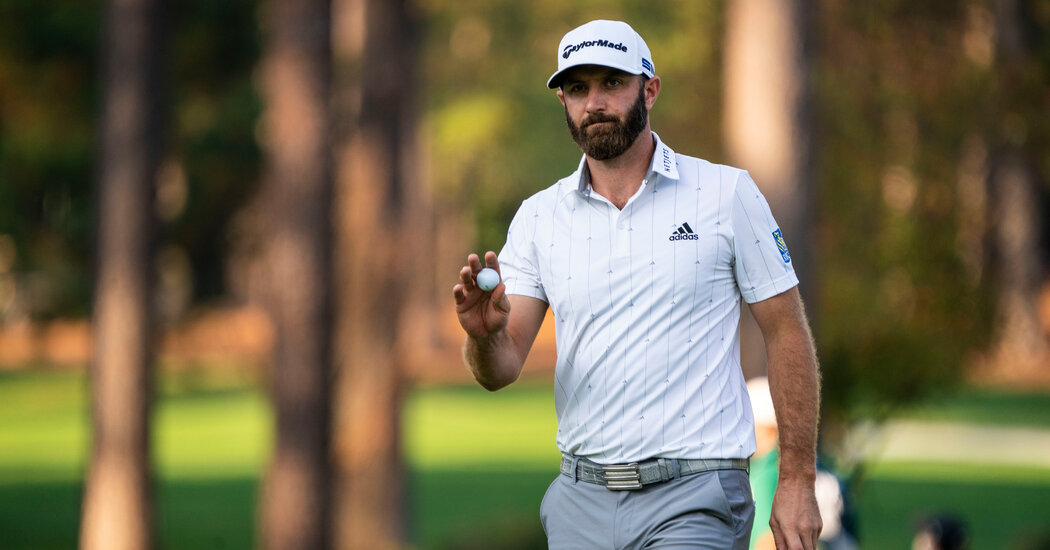 AUGUSTA, Ga. — Someone will slip on one of Augusta National Golf Club’s green jackets on Sunday as the champion of a Masters tournament that the coronavirus pandemic delayed by seven months.

Dustin Johnson will enter the final round at 16 under par, giving him a commanding four-shot lead. But there is a far tighter competition just below him on the leaderboard. Abraham Ancer, Sungjae Im and Cameron Smith, all at 12 under par, are tied for second. Dylan Frittelli is behind them by a shot, just as Justin Thomas trails Frittelli by the same margin.

Augusta National officials expect that the tournament will be decided by midafternoon, far earlier than usual because of scheduled N.F.L. games which follow the TV broadcast on CBS.

Augusta National was inundated with rain last week, saturating and slowing the greens, which typically are lightning quick. As a result, players have been able to take aim at the pins on the par-3s. In the first three rounds, Dustin Johnson played the four shortest holes in 4-under. His closest challengers also fared well on them: Sungjae Im (2-under); Abraham Ancer, (4-under); Cameron Smith, (3-under); Dylan Frittelli (even par) and Justin Thomas (2-under).

“With the conditions being soft you can be really aggressive no matter what club you have in your hands,” Johnson said.

The green jacket ceremony will be 2020-ified.

Not too long from now, someone is going to be presented with one of the green jackets that Augusta National has offered members since 1937 and Masters winners every year since 1949 (and, as we wrote this week, that anyone — including you! — can sometimes buy on the auction block).

The green jacket ceremony, as usual, will be in Butler Cabin. But Fred S. Ridley, Augusta National’s chairman, said that people watching from home would see more of the room than normal because participants, including Tiger Woods, the reigning champion, will be spaced farther apart in accordance with social distancing guidelines.

“We will have the same people in the cabin with the same basic ceremony, but I think we can do it appropriately,” Ridley said.

One typical part of the Sunday festivities, though, will not happen: There will not be a ceremony on the 18th green, mostly, Ridley said, because that event is primarily designed for spectators who are attending the tournament.