Blog | Alphhainc
Home US Election officials flatly declare that the election ‘was the most secure in... 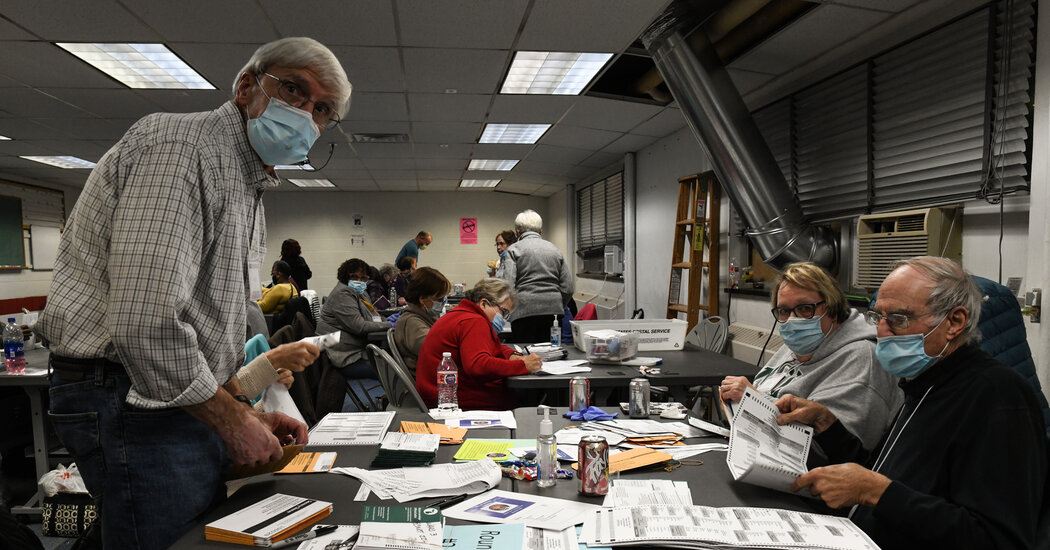 Hours after President Trump repeated a baseless report that a voting machine system “deleted 2.7 million Trump votes nationwide,” he was directly contradicted by a group of federal, state and local election officials, who flatly declared Thursday that the election “was the most secure in American history” and that “there is no evidence” any voting systems were compromised.

The rebuke, in a statement by a coordinating council overseeing the voting systems used around the country, never mentioned Mr. Trump by name. But it amounted to a remarkable corrective to a wave of disinformation that Mr. Trump has been pushing across his Twitter feed.

“While we know there are many unfounded claims and opportunities for misinformation about the process of our elections, we can assure you we have the utmost confidence in the security and integrity of our elections, and you should, too,” the officials added in their statement. “When you have questions, turn to elections officials as trusted voices as they administer elections.”

The statement was distributed by the Department of Homeland Security’s Cybersecurity and Infrastructure Security Agency, which is responsible for helping states secure the voting process. Coming directly from one of Mr. Trump’s own cabinet agencies, it further isolated the president in his false claims that widespread fraud cost him the election.

The statement also came as a previously unified Republican Party showed signs of cracking on the question of whether to keep backing the president.

Across the country, election officials have said the vote came off smoothly, with no reports of systemic fraud in any state, no sign of foreign interference in the voting infrastructure and no hardware or software failures beyond the episodic glitches that happen in any election. President-elect Joseph R. Biden Jr.’s lead in the popular vote has expanded to more than five million, and he has won a solid victory in the Electoral College.

The group that issued the statement was the Elections Infrastructure Government Coordinating Council, which includes top officials from the cybersecurity agency, the U.S. Election Assistance Commission and secretaries of state and state election directors from around the country. The group also includes representatives from the voting machine industry, which has often been accused of being slow to admit to technological shortcomings and resistant to creating paper backups.