Blog | Alphhainc
Home US At least 30 Secret Service officers test positive for the virus as... 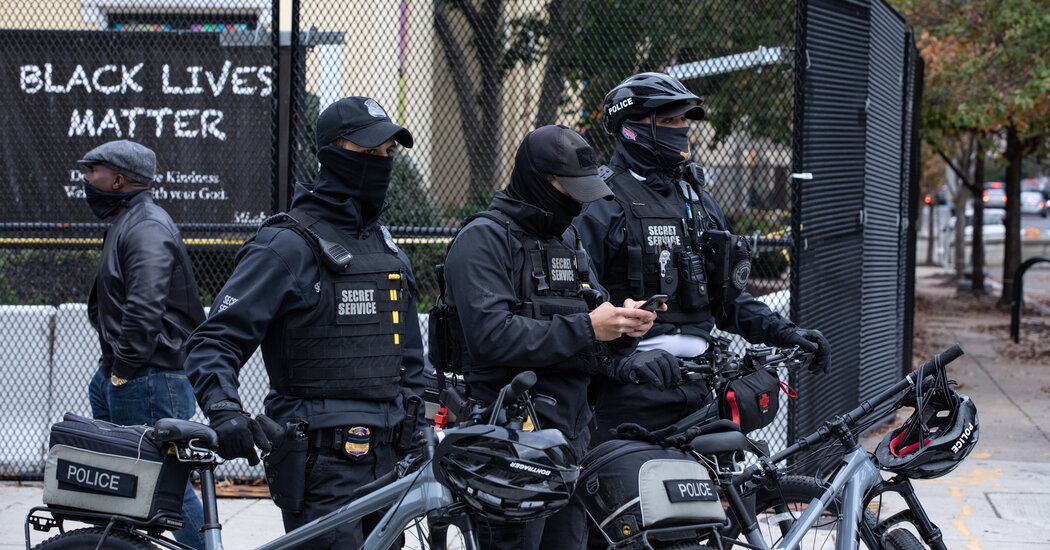 The Secret Service’s uniformed officer division has sustained a coronavirus outbreak, according to four people briefed on the matter, the latest blow to a beleaguered agency that has struggled to perform its duties during the pandemic.

The outbreak is at least the fourth to strike the agency since the pandemic began, further hobbling its staffing as it is being called on to provide full protection to President Trump and President-elect Joseph R. Biden Jr.

At least 30 uniformed Secret Service officers have tested positive in recent weeks for the virus, and about 60 have been asked by the agency to quarantine, according to the people. The Washington Post first reported the outbreak.

It was unclear how the officers contracted the virus. Many traveled to campaign events for both candidates in the final weeks of the campaign, the people said. Several senior White House officials and Trump allies also got the virus after attending an election night party at the White House.

A spokeswoman said the Secret Service kept up its duties during the campaign and that it was taking precautions, including testing and contact tracing as well as isolation, to respond to Covid-19. “The health and safety of our work force is paramount,” said the spokeswoman, Julia McMurray.

Officers in the uniformed division are different from the famed Secret Service agents who guard presidents and their families. The officers provide protection for physical locations like the White House and the vice president’s home at the Naval Observatory in Washington or screen crowds at public events.

Several officers and agents expressed concerns in the final weeks of the presidential race that they wanted to avoid traveling to campaign events across the country. They feared contracting the virus at the events or while traveling, according to two people briefed on the matter.

The pandemic has been particularly taxing on law enforcement agencies whose officers come in direct contact with people to do their work. In August, at least 11 employees at the Secret Service’s training facility in Maryland tested positive for the virus.

Earlier in the summer, two members of the Secret Service who were dispatched to provide security at a campaign rally in Tulsa, Okla., tested positive. Around that time, Vice President Mike Pence canceled a trip to Florida after members of his detail showed symptoms of the virus.